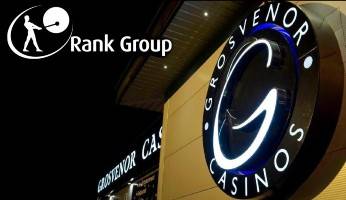 One of the biggest names in Britain’s bingo and casino industry, Rank Group, has reported significant losses for its last quarter of the 2020/21 financial year.

Net Gaming Revenue (otherwise known as NGR) plummeted 98% between January and the start of April 2021 due to the ongoing closures of its bingo halls and casinos. Online losses sustained by brands like Mecca Bingo, however, were down just 3%.

Rank Group also owns nine Spanish casinos under the Enracha brand which reopened during March 2021, and so far, footfall is looking positive. However, despite “strong customer demand”, the venues’ strict capacity limits mean that they’re unable to welcome as many players as they would like.

While the new year may not have been as happy as the company had hoped, it’s expected to regain some of its lost profits when its UK venues are allowed to reopen next month as lockdown restrictions continue to be eased.

On 17th May 2021, both Mecca Bingo and Grosvenor Casino establishments will be able to start welcoming their customers back along with other indoor entertainment venues across England and Wales.

Despite some significant setbacks, John O’Reilly, the Rank Group’s chief executive says that the company remains “focused on the reopening”, as well as “digital NGR growth”. He adds that the Group’s venues also provide a “COVID-safe environment”.

This time around, hospitality venues will not be restricted to a 10 PM curfew which many hospitality owners (particularly those offering customers late-night entertainment) blamed for making an already bad situation worse. In the case of Rank Group, it’s estimated that its Grosvenor Casinos make more than half of their profits after 10 PM.

To get its balance sheet in order, the company has sold its Belgian Blankenberge casino for £25m, raised £70m through a share issue, and cut its directors’ salaries.