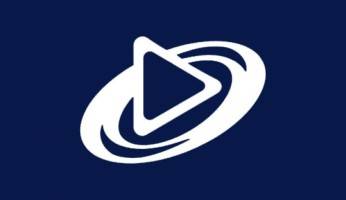 Playtech, which is considered to be one of the world’s leading gambling technology companies, has just agreed to extend its current partnership with The Rank Group for a further 5 years.

The extension will allow Rank to continue offering online bingo to its customers through Playtech’s leading bingo platform, as well as many of Playtech’s other casino games.

The deal will mean that Rank’s flagship brand, Mecca Bingo, will continue to use Playtech’s popular software which comes with 23 different variants of 90-ball, 80-ball, and 75-ball bingo and is also fully mobile compatible.

However, two of The Rank Group’s other bingo brands are also included in the Rank-Playtech agreement and will, therefore, get to benefit from the new software platform too.

The two aforementioned brands are Lucky Pants Bingo and Kitty Bingo, although Lucky Pants has already migrated to the new platform within the last month after running on Daub Alderney bingo software since launching in 2013.

Kitty Bingo will now follow suit, and with Rank having recently acquired several of Stride Gaming’s online bingo brands, it’s possible that we may see further sites moving to the Playtech platform over the coming months.

What do Rank and Playtech stand to gain?

The Rank Group’s CMO, James Boord, describes his company as “an entertainment-first brand” that’s committed to driving innovation and growth by always exceeding the expectations of our customers”. Boord believes that by extending Rank’s relationship with Playtech, the company can continue to build on its “market-leading position” and hopes that Playtech will act as Rank’s “exclusive long-term bingo provider” for the foreseeable future.

Playtech also stands to profit from the 5-year extension as the Director of Digital Bingo at Playtech, Angus Nisbet, explains by saying “we’re proud to be providing the technology and content behind all three of Rank’s core verticals” and calls the duo’s recent deal “a key milestone in our working relationship”.

In addition, Rank’s customers will benefit from the agreement as Mecca Bingo players will be able to continue enjoying the diverse and ever-increasing range of bingo variants that Playtech brings to their chosen site, while Kitty Bingo and Lucky Pants members will gain access to many more types of online bingo and slots than ever before.

More about The Rank Group and its brands

The Rank Group first came into existence back in 1937 when it started making world-famous motion pictures.

Since then, the company has evolved into one of Europe’s biggest gaming-based entertainment brands which operate in Great Britain, Belgium, and Spain, with Great Britain accounting for around 95% of the Group’s revenue.

As well as Rank’s big-name brands – Mecca Bingo and Grosvenor Casino – which operate both online and as physical entertainment venues, the company’s portfolio now includes Kitty Bingo and Lucky Pants Bingo, plus many well-established Dragonfish brands like Guestlist Bingo and Tuck Shop Bingo following its takeover of Stride Gaming in October 2019.

Playtech’s bingo platform is used by some of the biggest and best bingo sites in the UK, including Rank’s Mecca Bingo, plus Gala, Paddy Power, Bet365, Betfred and Sun Bingo. It was previously referred to as Virtue Fusion software and it offers an excellent choice of bingo rooms with several platform-exclusive bingo variants such as Rainbow Riches, Deal or No Deal, and Cash Cubes.