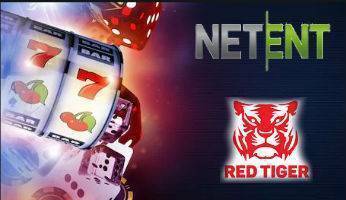 As one of the world’s leading suppliers of digital games, Swedish-based NetEnt is always looking for ways to improve and stay ahead of its competitors.

As part of its ongoing mission, the company has acquired various other software developers over the years, and one of the most recent is Red Tiger Gaming.

Red Tiger Gaming was founded in 2014 by a group of experts with a wealth of experience in casino game development in both the European and Asian online gambling markets.

The brand has also won a host of impressive industry awards from the likes of WhichBingo, Global Gaming Awards (Best Casino Product 2020), EGR (Mobile Gaming Software Supplier 2019), and GIA (One to Watch Supplier 2018).

NetEnt acquired Red Tiger Gaming back in October last year, but it’s only now getting around to integrating the new team and its workload further.

The changes mean that around 120 NetEnt employees, most of whom are based in Sweden and some in Malta, will be reduced through a restructuring programme at the same time that several of the company’s functions are relocated to its other bases around the world.

The takeover of Red Tiger Gaming included shares in NetEnt being awarded to the sellers, and the latter can now continue with increasing its efficiency and strengthening its competitiveness while also making estimated annual cost savings of around SEK 150M (N.B., approximately GBP 12.5M).

Despite a potentially negative financial impact looming due to the COVID-19 outbreak, the NetEnt Group has so far enjoyed a good start to the year, meeting its expected revenues for the first quarter of 2020.

NetEnt has been considered a pioneer of the online gaming industry for over 20 years, and it currently employs more than 1,000 people from around the globe. Its software is used to power many popular UK-focused online casinos, in particular its live casino suite, and it’s gained a loyal army of fans through its innovative video slots such as Gonzo’s Quest, Hall of Gods, Jack Hammer, Starburst, Reel Rush, South Park, and Guns N’ Roses.