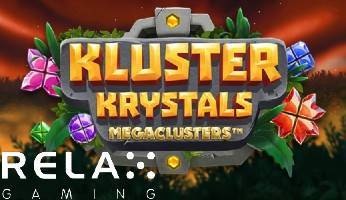 The popular casino game developer Relax Gaming has managed to succeed in becoming the first company to strike a deal with Big Time Gaming so that it can use its MegaClusters game engine in some of its latest releases.

MegaClusters follows on from where Big Time Gaming’s Megaways left off, and it’s expected that other software providers will follow suit by trying to arrange licensing deals with its creator.

When BTG announced the launch of MegaClusters back in June 2020, both players and rival software companies were on tenterhooks.

However, we didn’t have to wait too long to find out what the new feature has to offer as Big Time Gaming’s first MegaClusters title, Star Clusters, was released just a few days later.

This time, symbols that contribute towards a winning combination are divided into groups (or clusters) of smaller symbols to create more mega-wins. The smaller clusters are then removed from the playing area to allow new ones to replace them. This means that the 4×4 grid can include up to 64 symbols when the feature is active.

Relax Gaming hasn’t hung around resting on its laurels after securing the MegaClusters agreement with BTG. In fact, it’s already got a new slot up and running that uses the exciting new game mechanic.

Kluster Krystals uses dazzling gemstones as its paytable symbols, and winning clusters can trigger symbol upgrades as well as win multipliers that are worth up to 10x. There’s also a Free Spins Bonus in which you can unlimited extra free games, and the max win on any given spin is a tasty 9,921 times the total stake.

You can play Relax Gaming slots at many popular online bingo brands such as Unibet Bingo so be sure to keep a lookout for Kluster Krystals and give it a try!