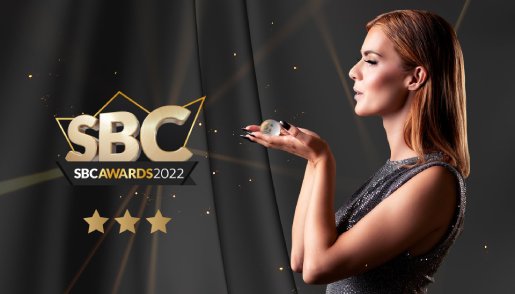 While the annual SBC Awards do not give awards to bingo operators as WhichBingo does, the prestigious ceremony is still one of the most high-profile events in the gaming calendar. This year, the awards will take place on 22nd September at The Palau Nacional in Barcelona, and beforehand, the judges (which include a senior member of Foxy Bingo’s owner, Entain) will be determining which brands are worthiest of an award.

2022 is the 9th year that the SBC Awards have been celebrated, and it is expected to welcome over 1,000 guests.

What awards are up for grabs?

This year, there are 45 awards up for grabs which cover operators, affiliates, and suppliers.

The nominees for Sportsbook Operator of the Year include several names from the online bingo industry such as Bet365 and LeoVegas. LeoVegas has also been put forward for Casino Operator of the Year as well as Best Mobile Operator App, and Innovation in Casino and Gaming Entertainment.

Who is sitting on the judging panel?

Incredibly, there are over 150 judges on the judging panel, and they represent everything from game suppliers and payment processors to customer engagement experts and gambling consultants from around the globe.

Many of them include companies which are well-known in the bingo industry. For example, there’s Martin Lycka, the Senior Vice President for American Regulatory Affairs and Responsible Gambling at Entain which owns bingo brands like Foxy Bingo and Gala Bingo, David Williams, Director of Public Affairs at Rank Group which owns Mecca Bingo, Aidan Barry, Head of Racing and Sports at Paddy Power which owns Paddy Power Bingo, Mickael Marceau, Head of Payments at Kindred Group which owns Unibet Bingo and Bingo.com, Andrew Wright, Trading Director at Sky Betting and Gaming which owns Sky Bingo, and Steven Armstrong, Group Director of AML at William Hill which owns William Hill Bingo.

There are also judges that represent popular casino game developers including Pragmatic Play, Relax Gaming, and Play’n GO, as well as the Executive Director for Standards and Innovation at the Betting and Gaming Council.

Who is hosting the ceremony?

This year’s SBC Awards are being hosted by Gaizka Mendieta, a former footballer for Valencia and the well-known TV presenter and sports commentator, Kirsty Gallacher.