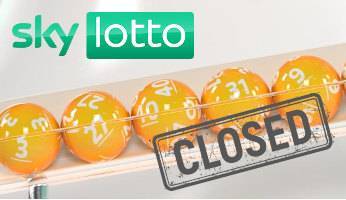 The owner of Sky Bingo and Sky Vegas has announced that it will be making some changes to its online portfolio.

It has confirmed that Sky Lotto, which only launched in June 2019, will close as of Monday, 1st March 2021. However, the site is only staying open for another two weeks so that players can continue to access their accounts and make any necessary withdrawals and redeem outstanding prizes as the last daily draw and Super Lotto draw have already been held (on 11th and 12th February respectively).

While Sky Lotto attracted a considerable audience during its short life, with its free prize draw proving particularly popular, Sky Betting & Gaming says that it now intends to focus its attention on “the things you like the most” including bingo and free-to-play games.

Sky Lotto’s closing statement mentions that the operator is planning on “introducing more exciting bingo rooms on Sky Bingo” and enhancing its Prize Machine feature on Sky Vegas. It also points disappointed members towards some of its other free-to-play games such as ITV7 and Super6.

However, some people believe that Sky Betting & Gaming have chosen to close Sky Lotto due to disappointing conversion rates (i.e. not enough free-to-play draw players were prepared to pay for draw entries.

Even so, if the loss of Sky Lotto means that we can expect to see more bingo rooms appearing at Sky Bingo, it can only be a good thing!

Sky Bingo runs on Virtue Fusion software and is, therefore, currently able to offer players exciting Playtech-designed online bingo variants such as Rainbow Riches Bingo, Cash Cubes, and Deal or No Deal Bingo. It also has several site-exclusive rooms such as Anytime and Sky Pennies. Like Tombola, the site also features an Arcade where members can enjoy a wealth of video slots, Slingo games, and instant wins.