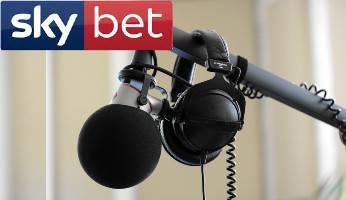 A social media backlash appears to have led to the speedy demise of a controversial, novelty betting market offered by SkyBet.

In the hours leading up to one of the biggest football matches of the month, users of the Twitter platform voiced their disbelief and outrage that Sky Sports was allowing Sky Bet to let punters place wagers on the “exact words and phrases” that commentators used during the match.

Dubbed Commentator Bingo, the market was loosely based on what’s often referred to in popular culture as Bulls**t Bingo, where bingo cards containing certain words or phrases that are commonly associated with politicians’ speeches and TV shows like Great British Bake Off are marked off by viewers.

However, with Sky Bet’s Commentator Bingo, what many people perceive to be a fun and harmless spin on traditional bingo was suddenly turned from a quirky betting market bit of fun to a perceived ‘stitch-up’ for the sportsbook’s financial gain.

Despite Sky Sports having no direct relationship with SkyBet, both companies came under fire on Twitter on Sunday, 17th January 2021 in the run-up to the hotly anticipated game between Liverpool and Manchester United.

One user described the market as “so unethical, it’s ridiculous” while another said it was “an awful idea”.

The outpouring of negativity even caught the attention of the UK Government. In particular, Carolyn Harris (who is the chair of the Gambling Related Harm APPG) told the media she was “aghast that they [bookmakers] try to find a betting opportunity to every minute of the day”. She also described SkyBet’s Commentator Bingo market as “unbelievable and predatory”.

Some of the odds that were on offer before Sky Bet quickly decided to pull the plug before the match began included 8/1 on the phrases ‘Park the bus’, ‘Remonstrate with the official’, ‘The keeper’s in no man’s land’, and ‘Schoolboy defending’. There were also more attractive odds of 25/1 on ‘If you don’t buy a ticket, you don’t win the raffle’ and ‘It’s like the Mary Celeste in here’.