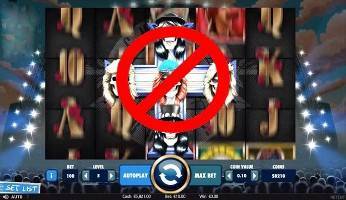 Online slots will have spin speed limits applied to them as part of new safety measures announced by the UK Gambling Commission, which include a ban on features that “give the illusion of control over the outcome”.

The measures follow a consultation in which members of the public, gambling industry representatives and other stakeholders discussed ways to improve the safety of online casino games and reduce the risk of harm to players.

With the average slots spend during the COVID-19 period hitting £67 per month, according to the Gambling Commission, compared to £36 per month on casino products and £45 on real event betting, slots were picked out as having high risks to players.

Slots have the highest average losses per player, and spin speeds of less than 2.5 seconds have been banned to try and give players more control over their play.

Other measures introduced include a ban on autoplay features, which can lead to players losing track of their game time, and sounds or imagery that give the impression of a win when the return is equal to or below a stake.

Neil McArthur, Gambling Commission chief executive, said: “To make online games safer we are introducing a ban on features that speed up play, or give the illusion of control over the outcome.

“We are also introducing a ban on autoplay, losses disguised as wins, and slot spin speeds faster than 2.5 seconds. The evidence shows that these features increase the risk of harm to customers.

“This is another important step in making gambling safer and where the evidence shows that there are other opportunities to do that we are determined to take them.”

Operators must clearly display total losses or wins alongside time played during any slots session, as part of the new measures.

The Commission has also placed a permanent ban on reverse withdrawals across all online gambling, preventing players from having the opportunity to re-gamble money that they had already requested to withdraw.

The measures come as part of a programme of strengthened protections that includes the introduction of enhanced age and ID verification, a ban on the use of credit cards in gambling, and improved practices around interaction with customers.

In September 2020, the Commission announced new rules to eliminate VIP customer practices that it deemed to be irresponsible, and those rules came into force on October 31.

These new measures all become effective from 31st October 2021.

The results of a further consultation on consumer interaction are expected later this year.

Reflecting on this week’s announcement from the Commission, Minister for Sports, Tourism and Heritage Nigel Huddleston said: “Today’s steps will help curb the intensity of online gambling, introducing greater protections that will reduce the risk of gambling related harm.

“I welcome the Gambling Commission’s tough measures as we continue our comprehensive review of gambling laws to make sure they’re fit for the digital age.“