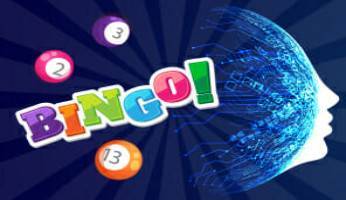 Studies carried out by the University of Edinburgh have indicated that playing bingo and board games have the potential to boost cognitive function in seniors.

The researchers looked at people in the 70s who regularly participated in word games, card games, board games and bingo over nine years and found that they could “protect people from cognitive decline”.

These types of games, unlike social activities, appear to actively engage abilities such as reasoning, thinking speed, and memory. Even 70-year-olds who only start to play bingo and board games in their later years are more likely to retain and improved their thinking skills as they get older.

The trial involved around 1,100 Scottish pensioners who were tested every 3 years to determine whether their cognitive speed and problem-solving had deteriorated with time.

The participants were also asked how often they played games like bingo, crossword puzzles, chess, and card games, and factors such as physical activity, education, and income were also taken into consideration when determining the results.

Like the psychologists at the University of Edinburgh, other experts also believe that “games of strategy, as well as challenging and complex tasks” can help to “reduce our risk for cognitive decline”, according to the Director of Scientific Engagement at the Alzheimer’s Association, Rebecca Edelmayer.

Edelmayer also thinks that the studies could pave the way for improved treatment of and prevention of dementia, alongside medication, improved physical activity and healthy nutrition.

Age UK’s Charity Director, Caroline Abrahams, has also welcomed the findings of the University of Edinburgh’s studies, saying the research “is further evidence that [age-related decline in people’s thinking skills] doesn’t have to be inevitable”.

However, Abrahams points out that there are other important steps that we can take to “protect our cognitive health” such as eating a healthy diet, staying active, and not drinking excess alcohol.