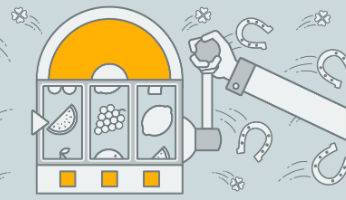 It seems that world is at least preparing itself for a return to normality as lockdown measures are eased in most countries across the globe. Thankfully, for fans of the best new online video slots the coronavirus has not really affected the number of cracking new titles to be released by all the leading developers.

Here for you is WhichBingo’s latest fortnightly-round up of the best new slots that have recently become available to play.

The best slots released over the past couple of weeks

The rule in the world of movies is that if any film is even moderately successful, then it gets a sequel even if no one asked for it (Anyone feel they need a Zombieland II in their lives?) and the same is becoming true for slots. Pragmatic Play released Pink Elephants II, then Hot Cross Bunnies Game Changer from Realistic Games arrived from nowhere, and now Play’n GO have released a sequel to possibly their most popular game, Rich Wilde & the Book of the Dead.

Indiana Jones clone Rich Wilde is back and this time he is after the legendary Shield of Athena .. and this time he has a companion, his daughter Cat (Cat Wilde … wildcat … get it?). If you can ignore the fact that Cat looks just as old as Rich then you can get slotting with this game which is very close in playing style to the original title.

Long gone are the days when 243 ‘all ways win’ was considered the maximum number of paylines a slot could offer. Thanks to the Megaways concept slots with over 100,000 paylines are becoming increasing common, and now ELK Studios has brought out a slot which can max out with an incredible 262,155 ways to win!

This cool-looking slot has another feature which is becoming increasingly common – extra rows are added to the playing arena when you land a winning spin (up to a maximum of four, making eight rows). The added rows vanish when your resulting respin does not trigger a win. This game commences with 4,096 paylines which is decent enough, but if you land a number of winning respins you could reach that 262,155 max-out.

This game also has a decent amount of eye candy plus an RTP of 96%.

Play’n GO must have a developer who really is into heavy rock music. They have already released slots with a rockin’ theme such as House of Doom and Annihilator and in a couple of months you can expect another rock ‘n’ roll release celebrating the legendary UK rockers Saxon. Their latest heavy release though is based upon the ‘briefly famous’ 80s rock band Twisted Sister.

The Sister were more famed for lead singer Dee Snider strutting around the stage dressed like a skanky schoolgirl (complete with lipstick and blue eyeshadow) than their rather formulaic sounds. This slot though has plenty of great action with six rows and six reels. It’s a ‘cluster pays’ slot as opposed to paylines, and has a generous 96.2% RTP.

There’s an added unintentional side game too – you can see how long you can stand the endless repetition of Twisted Sister’s ‘hit’ (it peaked at 93 in the UK) ‘I Wanna Rock’ before you hit the mute button for some blessed relief!

Okay, we apologise for selecting yet another Play’n GO slot for our third selection of recently-released decent games, but we really like Charlie Chance in Hell to Pay, even though it’s a 3×3 slot with only five paylines.

The reason we like this slot is the overall concept. ‘Charlie Chance’ is obviously a slots version of Charlie Chaplin, and this slot is presented like a cartoon from the 1930s as all the characters are constantly in motion – even when they are standing still! Charlie is indeed in hell, but you might not be with an RTP of 96.23%.

Despite the old-fashioned look of this slot it’s a ‘woke’ game as the person in charge of is a lady! She occasionally pokes Charlie into motion so that he awards you one of the available bonus features including an instant prize and free spins. This game has a truly excellent soundtrack too that fits in precisely with the old-fashioned nature of the game.

Upcoming Slots to Look Out for

Online casino studios have been delaying news of their forthcoming releases recently because of the unknown economic impact of COVID-19, but now that a small light seems to visible at the end of the tunnel more info is becoming available.

Two upcoming releases you might want to start salivating about include Starz Megaways from Pragmatic Play (release date June 11) and Cash Volt from Red Tiger Gaming (release date July 2). Starz is Pragmatic Play’s version of the classic Starburst from NetEnt and although it couldn’t match Starburst’s brilliance when the Megaways concept is added we could see a much better game. Cash Volt (not a typo!) brings an electro-charge to the world of the pub fruity, and also the 5×3 playing grid concept.

Other forthcoming titles that you might want to keep an eye out for include the latest in Thunderkick’s ‘Beat the Beast’ series of titles: Cerberus Inferno, plus two titles from NetEnt: Gems of Adoria and Trollpot 5000.