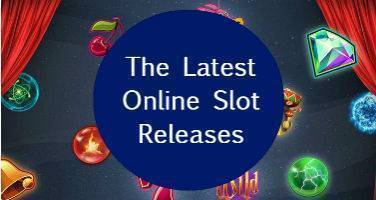 The world may have ground to a halt, more-or-less, for now, but the slotting world is keeping going at a pace by releasing a constant stream of fantastic online slots!

Here we take a look at some of the best new online slots that have been released over the past couple of weeks, and which games you can look forwards to in the very near future!

The best slots released over the past couple of weeks

Street Fighter 2 was a 16-bit video game in the late 1980s/early 1990s that introduced the concept of two-player video fighting action and also became one of the first games played over the internet. Now, it’s a fantastic slot from NetEnt!

This game is unique in many ways. For example, you get to choose your character who will do battle for you over the playing grid against a random opponent, and each character has their own attributes in regard to bonus features.

NetEnt’s medium-volatility slot has an RTP of 96.06% and is possibly the only slot in existence where you control a character in order to smash a muscle car to smithereens in order to win yourself some cash!

Let’s face it, there’s nothing unique about online slots that are based in the days of the old Wild West. It’s a fairly common theme that some slotting experts are claiming should have died a death many a moon(shine) ago. However, that hasn’t deterred NoLimit City from putting out a slot with a western theme … and to tell the truth we are rather glad that they have.

The main features in this game are Gunslinger Spins and Hunter Spins, and when you land a bonus feature you do get to choose your preference. Player choice and interaction is something we like to see with any online slot. You can even combine features during other special features in order to really enhance your gameplay.

The NoLimit City slot has high volatility and an RTP of 96.03%.

ReelPlay knew they were onto a winner as soon as they unleashed the concept of ‘Infinireels’ onto the slotting world. New slotting concepts are something greatly desired at the moment – you only have to look at the success of Big Time Gaming’s ‘MegaWays’ concept to understand that!

With Inifinireels, the concept is a little easier to understand than the randomness of MegaWays. If you land a win while spinning, an extra reel is added to the right of the slot. If this enhances your win, then another reel is added … and so on and so on until (potentially) infinity. The additions end when your win is no longer enhanced and the reels reset back to the original number of three.

NetEnt has now leased this concept from ReelPlay and Gods of Gold is the first title they’ve put out in this new series. It’s not a brilliant start, to be honest, but it’s the game to play so you understand the Infinireels concept before other – and we hope better – titles are released. The game has medium volatility and an RTP of 96.14%

We’ve mentioned ‘overdone’ concepts with our brief review of NoLimit City’s Deadwood, and just like the Wild West theme, may people would claim that Robin Hood as a concept when it comes to online slots ought to be put to bed too. That has not deterred Red Tiger though, who have added to the legendary outlaw’s legion of online slots with this title, Robin Hood’s Wild Forest.

The three main stars of this game – Robin Hood, Maid Marian and Little John – all contribute their own special features, and look out for Robin’s piercing arrows!

When the original Hot Cross Bunnies game entered the slotting realm in 2011, no one paid it much attention. It was a very basic slot with mundane graphics and even more mundane music and sound effects. No one thought it worthy of a sequel.

No one, that is, aside from the game’s provider Realistic Games. Almost a decade after the original slot comes Hot Cross Bunnies II – but is it a game-changer?

It is in one way, as the slot mutates to a board game when you trigger the special feature! You throw dice to move around the board, picking up cash as you go! You keep throwing the dice until you land on a square that ends the game but pays you your winnings.

You can become a hot cross bunny yourself with an RTP of 96.13% and medium volatility.

Upcoming Slots to Look out for

Unless you’ve had your head in the sand for the past couple of years, you will not have missed the impact that Rich Wilde and the Book of Dead by Play’n GO has made on the slotting realm. Like all good things these days, Rich is getting a second outing soon with Rich Wilde and the Shield of Athena. Let’s hope it’s as good as slot as the original!

Other titles to keep an eye out for include Charlie Chance in Hell to Pay (Play’n GO), Halloween Hallows (NetEnt), Age of Conquest MegaWays (Microgaming) and IO (ELK Studios).

Check back in two weeks’ time for our next slotting review. Until then, stay safe and gamble responsibly!