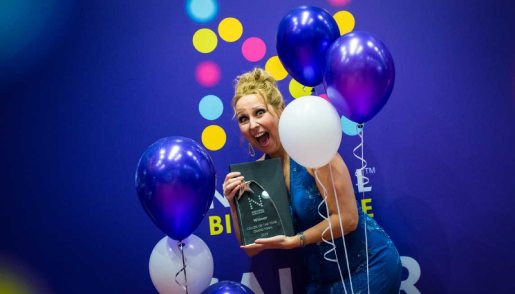 The Search for the UK's Best Bingo Caller is Underway

While WhichBingo is inviting players to vote for their favourite bingo brands in this year’s WhichBingo awards, the National Bingo Game is also hosting a competition. The winner of its Caller of the Year 2022 contest will be announced in November after the regional finals have been completed.

The first National Caller of the Year contest was held in 1994, with subsequent competitions occurring for a further 15 years. After an 11-year break, the contest was relaunched in 2019, and 50 bingo callers representing more than 20 bingo operators took part. Six callers made it through to the Grand Final where the overall winner was determined. Donna Kunyo is the current titleholder as last year’s competition had to be postponed due to COVID-19.

The National Bingo Game’s Caller of the Year 2022 is being held in three different streams. One stream is for Mecca Bingo clubs, the second is for Buzz Bingo clubs, and the third is for independent clubs.

Both Mecca and Buzz will be starting their searches for their best bingo callers shortly, after which, they will be submitting their respective contestants for this year’s Grand Final.

Callers who are nominated by independent bingo clubs will go head-to-head in four regional finals which will be held in May, June, and July.

The Grand Final will take place on 13th November at Club 3000 in Wigan.

While this year’s judges have yet to be announced, the last competition featured several well-known faces including The Bingo Association’s CEO Miles Baron, Lyn Staunton from Variety, the Deputy Leader of the Labour Party Tom Watson, and the winner of the 2007 Bingo Caller of the Year award.

The competition’s last winner, Donna Kunyo works at Club 3000’s Middleton club. As well as receiving a trophy, Donna was awarded £1000 cash while the other finalists each received £500.

Around 500 people attended the 2019 Grand Final where the 6 finalists took to the stage to try and wow the judges with their singing and entertaining skills.