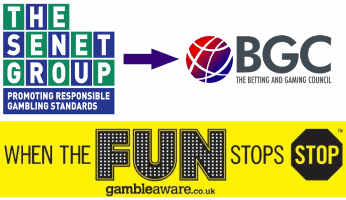 The Senet Group Transfers Responsibilities to the BGC

The latest breaking news in the online gambling industry sees The Senet Group transferring across its former responsibilities to the newly-formed Betting and Gaming Council (BGC).

Up until recently, The Senet Group acted as an industry self-regulatory body whose primary role was to promote responsible gaming standards while also ensuring that the marketing of gambling was socially responsible. This was seen as preferable than leaving it to faceless organisations with little or no inside industry knowledge.

The industry controlling itself

The Senet Group was established in 2014 through a partnership between four of the biggest global gambling companies – Paddy Power, Coral, Ladbrokes, and William Hill – with the aim of addressing the growing concern among many Britons about gambling in general and gambling advertisements.

The name Senet comes from an ancient Egyptian game which is believed to have been one of the first games of chance ever to be invented.

Removing the “allure” of chance and luck was one of the group’s major missions in its ongoing work to protect players by policing the advertising and distribution of gambling access.

In its 7-year history, The Senet Group designed a few high-profile ad campaigns that aimed to drive the message home to players that gambling (in any form) should be fun, and not seen as a quick and easy way to make money.

The main achievement was making the slogan ‘When the Fun Stops, Stop’ a major part of the gambling landscape and is still widely used today – although research has shown that even with its bright yellow and black graphic, players are becoming blind to the message.

The organisation also managed the multi-operator self-exclusion scheme (MOSES) in high street betting shops – this will continue as a standalone, independent operation.

Another major campaign, costing £2m, was known as “Bad Betty”, and it ran on radio, TV, digital, and print media throughout 2015. The adverts were made to act as a reminder to punters to resist continuing to gamble when it stops being enjoyable.

The campaign was created by a well-known marketing firm called The Corner, and one of the ads was designed to address the rising problem of players becoming addicted to fixed-odds betting terminals (FOBT).

The name “Bad Betty” was inspired by the 1977 hit “Black Betty” by Ram Jam. The track was used to point out dangerous behaviour being displayed by losing gamblers who were featured in a series of scenarios. The campaign’s slogan, “When the Fun Stops, Stop” is still very much in use today.

Now that the group’s vital work has transferred across to The Betting and Gaming Council, we expect there will be even more campaigns to come. Plus, as the Council currently represents approximately 90% of the offline and online betting and gaming industry, it is perfectly placed to continue promoting responsible gambling.

The BGC was launched this April, and as well as aiming to make gambling safer, it’s also committed to protecting young and vulnerable people.

Despite having only just formed, the Council has already brought in a ban on advertising during live sporting events, a ban on using credit cards to gamble with, introduced new ID and age-verification checks, increased funding for research, education and treatment, and ended exclusive rights to screen FA Cup games.

Here at WhichBingo, we’d personally like to thank the members of the Senet Group for their commitment to helping promote responsible gambling, as well as their time and expertise in acting as judges in past WhichBingo Awards.