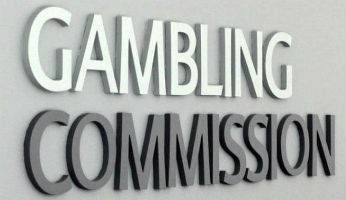 Ladbrokes Coral are the latest in a long list of gambling operators that have been slapped with a substantial financial penalty by the UK Gambling Commission (UKGC) for social responsibility and anti-money laundering failures.

The fine for their shortcomings was a whopping £5.9 million and whilst not the largest financial slap on the wrist by any means, it is one that is currently in the news.

Whenever the Gambling Commission issues a financial penalty to an online gambling operator, they publish details of their investigations including a synopsis of the failings and how the money from the fine will be used.

In reading details of the investigation of Ladbrokes Coral, it’s easy to see why they have been fined as they have been. For example, how can 460 declined deposits not have raised red flags, or a customer spending £1.5 million in two years and 10 months not trigger interaction with the player?

Another Ladbrokes Coral customer deposited a total of £140,000 in just four months, yet the company could not provide details of having interacted with the customer for social responsibility reasons.

They did, however, identify issues with another customer but then continued to allow significant gambling to take place without questioning the source of the funds being used, or whether their financial situation allowed for such spending and loss. This is not acceptable in the gambling world as it is today.

Ladbrokes Coral Are Not Alone

We could probably write a novel, or at least a short story, about the fines that have been levied against gambling operators by the UKGC, but instead, we’ll just summarise some of the more significant ones.

In June 2016, Betfred were fined what now looks like a measly amount in comparison with later fines. The cost to them was just over £800,000.

Their investigation was triggered following a court case where a Betfred customer was jailed for three years and four months for stealing from his employer. Part of the money that had been stolen had been spent at Betfred.

Of the fine, £443,000 was paid back to the victims of the crime and £344,500  was given to socially responsible causes. The balance was used to meet the cost of the investigation.

The largest fine levied to date was in August 2017 and against 888.  This financial slap on the wrist must have left quite the proverbial red mark as it was a humungous £7.8 million!

The UKGC describe it as a ‘record penalty package’ because of serious failings in how the company handled vulnerable customers.

Where 888 fell short was that a technical issue in their systems meant that over 7,000 players who had self-excluded from one platform, be it casino, poker, sport or bingo, they were still able to register accounts with sites on other verticals.

The problem went undetected for a considerable amount of time and those customers managed to deposit a further £3.5 million and still gamble for approximately 13 months after self-exclusion.

Their systems were not robust enough to cope but following the fine, the company have tightened things up.

Additionally, 888 also had their own customer who stole from an employer! Of the £1.3 million spent at the site, £55,000 of that had been from criminal activity and therefore highlighted failings in their anti-money laundering procedures as well as shortcomings in the social responsibility at that point.

£3.5 million was paid back to the customers who had self-excluded but could still gamble, £62,000 went back to the employer from whom money was stolen, and £4.25 million went to socially responsible causes.

Coming in a close second when it comes to fine value are Daub Alderney, owned by Stride Gaming, who in November 2018 were fined £7.1 million for various failings.

In June 2018, 32Red were hit with a fine of £2 million after the UKGC investigated the operator specifically because of their dealings with just one customer.

The customer in question had deposited a total of £758,000 between November 2014 and April 2017 without any social responsibility or anti-money laundering checks by 32Red.

The investigation found that within that period there had been no less than 22 indicators that this was a problem gambler. Rather than making contact and seeing if there was an issue, the operator dished out free bonuses!

June 2019 saw Platinum Gaming, owned by the Kindred Group, fined £1.6 million and again, the investigation was triggered following reports that a criminal had spent stolen money with the operator.

Their spending was high and their losses so significant that this should have triggered processes that barred said player from the site.

Part of the fine levied against this company was used to pay the victims of the criminal activity back the money they had lost.

In the same month, and for the same reason, Gamesys were fined £1.2 million and of their fine, £460,472 was paid back to victims of criminal activity whose money was spent gambling at sites owned by the company.

Gambling operators are learning lessons and whilst they have been expensive, like most things, a hit on the bottom line of the accounts usually gets things done!

We’ve seen significant changes in the processes used by operators and will continue to do so over the coming years.

All of these changes have been implemented to make online gambling safer for all who choose to play, and whilst we should all know that ‘When the fun stops, STOP’, if we can’t, then the operators will be making sure we do!

And just by referencing the Senet Groups tagline, the message is already getting through to the people who gamble, people like the team here. Some of the best gambling adverts have been from the social responsibility advocates like GambleAware and the Senet Group.