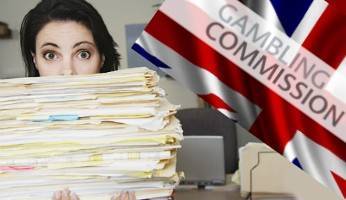 In a recent edition of the Daily Express, Andrew Bridgen MP openly calls on the UK Gambling Commission to rethink its approach to the review of UK gambling laws.

The Conservative MP for North West Leicestershire believes that sports betting needs to be unlinked from online casino games and slots, the latter of which he says are responsible for allowing customers to “lose money very quickly”.

In the article, which featured in the newspaper on 6th February, Mr Bridgen says that the proposed gambling reforms will be “a new loss of liberty” after a year which has proven that freedom should never be taken for granted.

Some of his comments sound like those of prominent conspiracy theorists, such as his warning to readers that they should be “wary of big Government wanting to control what we do in our lives in the future.”

However, other opinions which he voices have more substance and are likely to be welcomed and backed by the sports betting industry.

For example, Mr Bridgen says that he agrees that a review of the current UK gambling laws is “desperately needed”, but he points out that strengthening customer affordability checks and limiting losses to £100 could prove to be a “bureaucratic nightmare”. He adds that such moves could put punters off betting for good or push them towards the black market while also raising “huge data protection issues” due to customers having to prove their income.

He wants the Gambling Commission to factor in the different types of gambling products that are available and only take a stricter approach to those with higher problem gambling rates such as online slots and casino games. He also points out that sports betting involves more skill than online slots and, therefore, doesn’t give the operator/game a guaranteed edge that means “the house will always win”.

In addition, Mr Bridgen believes that introducing affordability controls to the sports betting market could “destroy the legitimate pastime of millions” while simultaneously impacting “a significant revenue stream for the Treasury” and “a crucial source of funding for sports”.