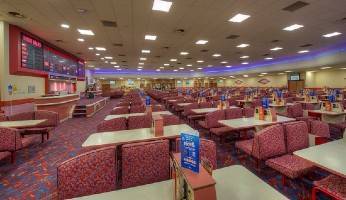 Last week, we provided an update regarding how England’s new three-tier system will affect bingo halls across the North-West, North-East, South-West, South-East, and other areas of the country.

Now, we have some further news on how the latest COVID-19 restrictions will affect bingo players in Wales.

Following the Welsh First Minister, Mark Drakeford’s press briefing on 30th November 2020, it has been confirmed that both bingo halls and casinos will need to shut their doors from 6 PM on Friday, 4th December for at least two weeks.

At the same time, pubs, bars and restaurants all across Wales have been told that they cannot serve alcohol, and while they are still allowed to operate, they must close no later than 6 PM each night.

Along with bingo halls and casinos, bowling alleys, cinemas, galleries, museums, and other indoor entertainment venues will also have to shut from the same date. However, outdoor visitor attraction will remain open.

Anyone living in Wales who’s hoping to hop across the border to gain entry to an English bingo club in Tier 1 or Tier 2 might find themselves disappointed as it’s expected that the Welsh government will extend its current travel ban to prevent people from high-risk areas travelling between the neighbouring countries. Further information on travel restrictions is expected to be made available later this week.

The latest restrictions in Wales are based on SAGE’s recommendations for what measures have “worked the best elsewhere”. The First Minister is also promising that affected businesses will have access to “the most generous package of financial assistance anywhere in the UK”.

The measures will first be reviewed on 17th December and then revisited every three weeks.

The Welsh Government estimates that the temporary closure of indoor entertainment venues and the new restrictions on restaurants and pubs will help to save 1,700 avoidable deaths.