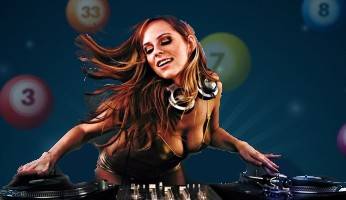 Dorset councillors have issued the Crescent street club with a new premises licence that will allow it to operate bingo games, as well as live entertainment including male strippers. However, some residents continue to have concerns about late-night noise.

Back in July 2020, Buzz Bingo made the difficult decision to close one of its most popular bingo clubs in Weymouth after the “significant impact” that COVID-19 had on its business.

Often, when a bingo hall closes, it either remains derelict or it gets a new lease of life as flats or even a pub. In the case of the Buzz Bingo Weymouth club, however, it’s finally been announced that bingo games will be returning very shortly under new management, and curious players might get more than they bargained for thanks to the owner’s entertainment plans.

Peter Brown of Brown Leisure, which trades under the name Leo Leisure, has been waiting for the local council to approve his licence application to reopen the former bingo hall between 10 AM and midnight. It’s now been given the green light and the company has spent over £1m on building improvements ready for its grand reopening.

The licence will allow the venue to serve alcohol and play both live and recorded music, as well as welcome occasional entertainers including dancers and male strippers, the latter of whom are expected to perform at special ladies nights.

Unfortunately, not everyone is as excited about the prospect of a strip-bingo club as Mr Brown. Many of the people who contacted the council with objections to the new licence were concerned about late-night noise and the prospect of male strippers which one hotel owner said was not “promoting Weymouth as a decent seaside town for families to visit”.

Mr Brown has since addressed the concerns, saying that ladies nights will only be held once or twice per year and will be in a similar vein to those hosted by the venue’s previous owners. He also says that the bingo club’s customers are generally aged between 30 and 60 and are, therefore, unlikely to cause “late-night disturbances”.