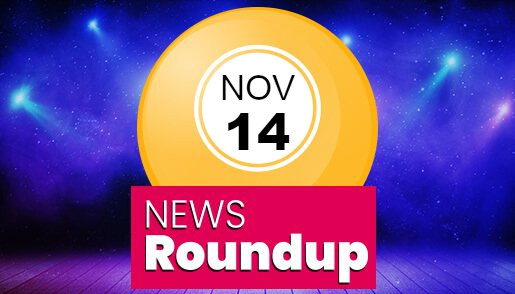 This week, the ASA cracks down on an 888 affiliate for misleading viewers, Entain launches a multi-million-pound scheme that it hopes will positively impact the lives of more than 1 million people, Mecca Bingo’s world record attempt will now include three celebrities and a free after-party, UK residents can once again head to Las Vegas, LeoVegas introduces smarter responsible gambling tools, Foxy Bingo launches a new game, a bingo player wins £50k with her “unlucky number”, and the Betting and Gaming Council is preparing for this year’s AGM while its chief executive talks about his commitment to safer gambling.

Less than a week ago, Tombola launched a brand-new competition offering players the chance to win one of just 500 exclusive Tombola advent calendars. Unfortunately, the promotion proved to be such a big hit that it took down the entire website. Luckily, the team was quick to explain the situation on their social media accounts and able to get the site back up and running relatively quickly.

You can find out more about the advent calendar competition here. Just try not to crash the site, please!

The online bingo and casino operator Entain is aiming to “positively impact the lives of over 1 million people around the world, either directly or through their families and dependents by 2030”.

The company’s commitment comes courtesy of its latest CSR directive called “EnTrain” and will be delivered through the Entain Foundation.

While Entain’s CEO calls the plans “ambitious”, she is aiming to drastically improve access to technology for underrepresented and underserved communities within the next 9 years.

We recently wrote about Mecca Bingo’s plans to create a Guinness World Record for creating the largest online video album of birthday wishes.

It has recently been announced that the record attempt, which is being held in honour of the brand’s 60th anniversary, will be assisted by three famous faces. They are Sandi Bogle from Gogglebox, the actor and singer Duncan James, and professional dancer Robin Windsor. We’ve also seen a video from Anthony Costa, who appeared with Duncan in Blue in days gone by.

Mecca Bingo has also told us that “there’ll be a big FREE bingo party for everyone who joins in”.

The Advertising Standards Authority has upheld a complaint made by a member of the public over an advert for one of its brands, 777.com.

The complainant felt that the advert was misleading as the featured countdown clock indicated that the “77 Free Spins” would end when it reached zero. Two other claims which were featured in the same advert were also found to have breached the ASA’s rules, including the statement, “Casinos are trying to shut down a free Android App”.

The ASA upheld the complaint while also recognising that the advert was published by an affiliate marketer without gaining prior approval from the online casino.

As bingo players, many of us have favourite and least favourite numbers, but as one news story shows, you shouldn’t necessarily discount the latter.

A visitor to Newcastle’s Hay Heaton Bingo claimed a £50,000 jackpot on the National Bingo Game.

The female bus driver was at the club last weekend when she was surprised to get the first four numbers. A few minutes later and she only had the number 18 to mark off. While she considers it to be her “unlucky number” as it’s cost her prizes in the past, lo and behold, 18 was called and another £50k jackpot winner was made!

LeoVegas, which began hosting Pragmatic Play bingo games a few months back, has shown its dedication to safer gambling by introducing new safeguards for its players.

Members of the site (as well as other LeoVegas brands such as 21.co.uk and Pink Casino) are now subject to instant and individually personalised deposit limits which are assigned to them on making their first deposit, based on third-party affordability data.

Back in August, we wrote about how a host of stars were planning to reappear at some of Las Vegas’s most famous venues. Since then, even more big names have been announced, which is all fair and well if you live in the US, but due to the ongoing travel ban on UK visitors, most Brits have been unable to head out to the famous gambling capital.

Hope is now on the horizon once again, however, as the US has just lifted its restrictions. As of 8th November 2021, two carriers announced that their non-stop flights from London Heathrow to Las Vegas will be resuming. So, if you fancy Christmas on the strip, check out the flight schedules for British Airways and Virgin Atlantic.

If you used to enjoy playing Rock, Paper, Scissors, you’re in for a treat because it’s the same game that’s inspired the latest free daily game at Foxy Bingo.

All you need to do is pick a hand for the chance to win a range of goodies, including prize draw entries, deposit deals, bingo tickets, cash and free spins.

18+. UK players only. Players must have placed at least one deposit prior to entering. Players may enter once per day only. Prizes vary. Free Bingo Tickets & Free Spins winnings awarded as bonus with 1x wag req. Prizes must be claimed within 24hrs. T&Cs apply.

The Betting and Gaming Council is nearing its two-year anniversary, and soon, its members will be coming together for its second AGM.

The event, which is set to take place on 1st December will be held at London’s prestigious Savoy Hotel, and it will include a review of this year’s achievements, discussion panels and presentations on the current issues that are affecting the industry.

This week, the BGC’s chief executive said that while much progress has been achieved regarding safer gambling over the past 12 months, he is determined “to go even further in the year ahead”.