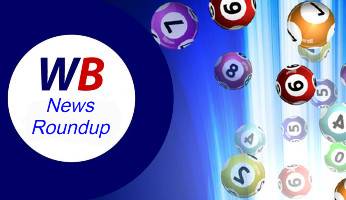 The problem gambling prevention charity GambleAware says that it’s received around £19m in voluntary donations from UK-licensed gambling operations over the past 12 months.

It’s believed that the donation windfall is thanks to bet365, William Hill, Flutter and Entain’s pledge to commit £100 million to help cover the costs of research, education and treatment over the next five years.

There’s a brand-new bingo room in town called Jackpots Drop Bingo, and you can find it at Betfair, Sky Bingo and Paddy Power Bingo.

The room features a range of networked and standalone jackpots, including an hourly £20, a daily £100, and a weekly £300 prize pot, as well as two progressive jackpots.

The biggest pot of them all (Giant) is currently worth over £11,000, and every player who stakes at least 1p in the Jackpots Drop room will have a chance of winning any of the five pots.

This is a similar concept to the additional must drop jackpots already available across multiple bingo rooms at other Playtech sites Gala Bingo and Mecca Bingo.

Carl Cockbill, who manages two Coral betting shops and is also a marketplace manager for the popular sports betting brand, says that he’s “confident that this will be the last full lockdown” and that it’s “great to have the shops open again”.

He also says that Coral’s owner, Entain has “gone above and beyond” to ensure that none of its employees suffers a loss in pay while also providing staff and managers with “the latest developments” and “superb e-learning”.

The Betting and Gaming Council’s chairman, Michael Dugher is also relieved that bookies have been able to get back to business. He says that the reopening of betting shops in Wales and England is a “much-needed boost” for their staff and customers, as well as the UK economy.

Bally’s Corporation is set to acquire the Gamesys Group Plc, the latter of which is well-known among the online bingo community for its brands including Jackpotjoy, Heart Bingo and Rainbow Riches Casino.

Once the deal is complete, the company’s head office will be located in Rhode Island and its shares will be listed on the New York Stock Exchange. Gamesys chief executive Lee Fenton is set to become the CEO of the combined group.

Bally’s hopes that the combination will offer its customers “an enhanced and comprehensive experience”.

Microgaming already has several independent software studios that it collaborates with including All41, Alchemy, Gameburger, Neon Valley, Pulse 8, Slingshot, and Fortune Factory, and it’s just added another notch to its belt through a new partnership with GONG Gaming Technologies.

GONG only launched last year, yet it has still managed to create an impressive games portfolio, including two titles that it created especially for Microgaming before the latest supply deal.

The first official collaboration is set to be a Roman-themed slot called Inferno Gladiator which will feature sticky wilds and a free spins bonus.

We mentioned recently that Mecca Bingo started releasing weekly recipes on its blog as part of its 60th birthday celebrations.

Now, the operator is encouraging you to unleash your creative side by publishing simple-to-follow guides in “The Mecca Arts and Crafts Series”.

The first article talks you through how to build a BBQ grill at home, which could be handy for entertaining your friends and family over the summer months.

One of this month’s promotions at The Sun Bingo will see more than £18,000 of cash raining down on some of its members.

The Jackpot Showers Escalator is running every Friday night in April in selected rooms, and with every hour that pass, it becomes easier to win.

From 6 PM, the ball call count for the jackpot increases by 2 every hour until the jackpot is claimed. 50% of the pot goes to the lucky full house winner while 50% is shared between all players who have purchased tickets to the winning game.

After confirming the permanent closure of its York, Glenrothes and Bedford clubs earlier this month, Mecca Bingo has now revealed that it also plans to close its Southport branch for good, saying that it is “very sad” to announce this latest casualty.

The Southport club has been a bingo hall for over 50 years, although the building originally opened as a theatre back in the 1930s.

We’re hoping that Mecca’s remaining bingo halls in England will be reopening next month as lockdown restrictions continue to ease.