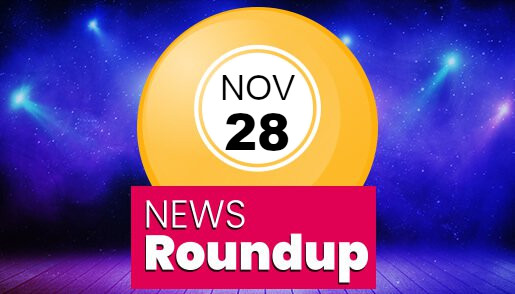 It feels as though time has flown over the past week, and at the time of writing our latest news round-up, Christmas is less than a month away!

As you might expect, some of our favourite bingo and casino brands are already getting in the festive spirit, and one of our stories shows how British bingo clubs are hoping to make Christmas 2021 an occasion to remember.

As the official sponsor of I’m a Celebrity Get Me Out of Here, Tombola has been coming up with some exciting new promotions and events, and it’s even roped in its chat hosts to entertain you with a series of challenges.

We also look at how one of the UK’s leading gambling operators is working alongside a charity to try and help reunite missing people with their families.

Since the current season of I’m a Celebrity started airing, the programme’s official sponsor Tombola has been pulling out all the stops.

It’s now gone one step further by enlisting the help of its chat hosts who are currently battling it out on Tombola’s Facebook page in a series of gruelling challenges.

You can get involved by voting for the CM that you think will come out top, and if you’re correct, you might even win a prize!

Flutter Entertainment, which is the business responsible for household names such as Paddy Power and Sky Vegas, has joined forces with the Missing People charity.

Its aim is to raise awareness of the organisation, as well as try to help locate people that are missing so that they can be reunited with their loved ones. It will be publicising the campaign using the hashtag #TogetherforMissing, as well as making a sizeable donation of £150,000.

This week, the UK Gambling Commission launched a new consultation that aims to take the Commission’s “Statement of Principles” further.

The feedback that it gains will allow it to improve its policy procedures surrounding compliance, enforcement and licensing.

It also hopes to get feedback on how to deal with products that “appear to require dual regulation” following criticism that it received over the collapse of Football Index.

As we count down the days until Christmas, some of the world’s biggest and best game developers are releasing Christmas-themed slots to get us in the festive mood.

Look out for our reviews of both games coming soon!

The bespoke online bingo brand, MrQ has announced that it has signed a deal with the software developer Push Gaming that will see it expand its selection of online slots even further.

Christmas parties are back on at Buzz Bingo

After hospitality venues were closed and the number of visitors we were allowed in our households was limited just before Christmas last year, many individuals and businesses are hoping that Christmas 2022 will prove to be a more positive and enjoyable experience.

Buzz Bingo is already getting in the festive mood by inviting people to book a Buzz Bingo Christmas Party for November or December. Tickets start at £15 per person and include bingo games plus food and drink, and if you choose to hold your get-together during an Afternoon or Evening Main Event, you’ll also have the chance to play for the £50k Big Buzz Special Jackpot.

The Betting and Gaming Council has welcomed the news that the social media giant Facebook plans to introduce a tool that will allow users to opt out of most betting and gambling adverts that are displayed on the platform.

Mecca Bingo urges players to back its Christmas appeal

Mecca Bingo clubs across the UK are encouraging their players to get behind the brand’s Everyone Deserves a Christmas campaign.

This is the second year that Mecca has run the appeal, which aims to provide Christmas hampers to families and individuals who are most in need. For 2021, it has set a goal of providing 4,000 hampers which are each valued at £50.

Individual clubs will also be supporting local charities over the festive period, and players are invited to join in online or in their local club by donating non-perishable goods, money or time.