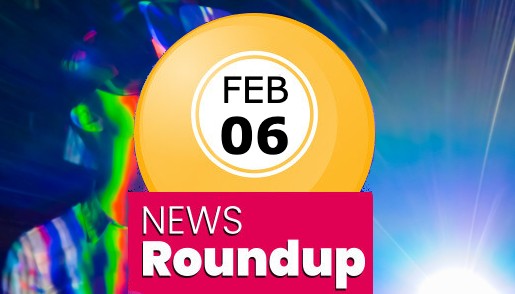 This week, we’re celebrating making it through what feels like the longest month of the year, and hopefully, February will be full of positive news, as well as some exciting online bingo promotions!

In the news so far this week, we’ve seen Gala Bingo announce some major changes for its players, the return of raffles at Mecca Bingo, new findings from a study undertaken by Entain, the launch of extra games for 888 fans, and the UK Gambling Commission taking a tougher stance on social media lotteries.

Many of you who are members of Gala Bingo will be familiar with the Gala Rewards loyalty scheme. Well, it appears that it might look a little different very soon as Gala has recently contacted its players to tell them that “a new year means a new way to reward you”.

The brand says that it will be revamping the scheme to make it “bigger and better” and that it will shortly be announcing what “new treats are coming your way”.

If you’ve previously collected points through the old Gala Rewards scheme, you needn’t worry as any points that you accumulated in January will qualify towards the new scheme in February.

The campaign follows the results of a YouGov survey that estimates approximately 1 million UK females are (or have been) affected by gambling harms. Newly released data also showed a worrying 29% rise in women gambling online between December 2020 and March 2021.

GambleAware ads are currently being aired on radio, TV and social media, and they aim to raise awareness of the signs of problem gambling among females.

Despite the ongoing good work of the charity, new moves by NHS governors mean that it may no longer be able to help NHS patients due to an impending decision to cut the NHS’s ties with charities that are associated with the gambling sector.

In the past, GambleAware has worked alongside the National Health Service to launch the Problem Gaming Service, as well as four problem gambling clinics.

Raffles are back at Mecca Bingo

As we’re sure you’re aware, Mecca Bingo recently updated its site to give it a fresh new brand image and make it more player-friendly.

Although our initial thoughts were that the site looks great, we were a little confused that the exclusive raffles that only launched in April 2021 had disappeared.

However, we can now all breathe a collective sigh of relief as the “Raffles” tab has just reappeared on the main menu. So, we can only assume that its omission was a genuine mistake.

The Raffles page is now full of new and exciting competitions that include prizes ranging from a £200 Uber Eats voucher and a Friday Flash Cash raffle to an Ultimate Apple Bundle.

The casino game developer, Spinomenal is one of the fast-growing suppliers in the iGaming industry, and it already has 180 titles under its belt despite only launching 8 years ago.

The company has just announced that it’s partnering with 888 to make its games more widely available.

At first, the new titles will be rolled out at 888Casino, which members of 888Bingo can also access using their existing login credentials.

Just a few of the slot games that you’ll soon be able to enjoy are Book of the Divine, Queen of Ice, Poseidon’s Rising, Age of Pirates, and Majestic King.

While many of us only think of the UK Gambling Commission advising, licencing and auditing sportsbook, casino, and bingo operators, its remit actually extends even further as some lottery organisers have just discovered.

While the 2005 Gambling Act (which is currently under review) doesn’t cover prize competitions and free draws, it does state that they shouldn’t be classified as lotteries.

The Commission has now warned the public to be on the lookout for brands promoting free prizes that may not offer the same protection as regulated gambling providers. It also says that any competition organiser that does not meet its requirements could be taken to task for operating an illegal lottery.

The UK Government’s plans to close the gap between the rich and poor areas of the UK have received praise from the Betting and Gaming Council.

The programme, which is being referred to as “levelling up”, will see £20m spent annually on staff training and development in a bid to create more skilled and better-paid jobs across the UK.

The BGC’s chief executive says that its members are already working hard to invest in high-tech jobs and are “ready to support the economic recovery after COVID and provide the skills and opportunities that towns and cities need to thrive”.

The operator behind Foxy Bingo and Gala Bingo has just completed a survey that was designed to find if there is a link between betting and video gaming.

The results, which are compiled from the opinions of 16,000 people, show that people who play video games are more than four times more likely to take part in betting. It also shows that gamers are 4.5 times likelier to take part in iGaming.

Far from causing concern, some of the results will be used to help Entain shape its future products after it became apparent that many people want “new interactive entertainment experiences, with more gaming and social features.