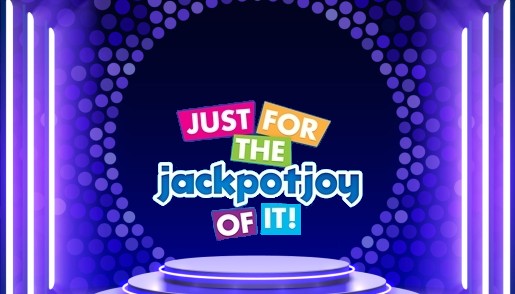 Where Are They Now? Jackpotjoy – 2012 Award Winner

In other recent Magazine articles, we’ve looked at how two other 2012 WhichBingo award winners (Kitty Bingo and Mecca Bingo) have fared, and today, it’s the turn of Jackpotjoy. A decade ago, the brand carried off the award for Best Bingo TV ad. Join us as we find out what it’s been up to since then!

We’re used to seeing bingo ads on our TV screens these days, and it seems to be a case of the crazier the better when it comes to attracting the audience’s attention.

However, 10 years ago, online bingo ad campaigns were still in their infancy. So, Jackpotjoy’s innovative concept for 2012 was all the more remarkable, not to mention amusing.

It seems that both the WhichBingo judging panel and our readers felt that Jackpotjoy rightly deserved the award of Best Bingo TV Ad, purely for showing that bingo-loving pensioners know how to have fun!

The two runners up for the award in 2012 were Robin Hood Bingo (with its panto-themed ad) and Foxy Bingo with its £300k giveaway ad.

Back in 2012, Jackpotjoy had just released its latest in-house slot, Peggle Slots Quest II. It had also just launched new bingo link games and was running a £5k competition to find the most pampered pooches. The site was also proudly displaying a banner in honour of its win at the 2011 EGR Awards where it was crowned Best Bingo Operator.

Having served as the much-loved Queen of Bingo since 2010, the site’s bubbly mascot, Barbara Windsor sadly lost her battle with Alzheimer’s in 2020. Having been forced to retire from most public duties (including her role as Jackpotjoy ambassador) in 2017, Barbara handed the reins over to Paddy McGuinness who continues to champion the brand today.

In 2019, the brand launched The Crystal Maze Bingo room while PowerBolts Jackpots were introduced in 2020, offering players the chance to scoop two progressive jackpots every day in the bingo rooms.

We wonder what the next decade holds in store for Jackpotjoy?

Did you know that we’re currently inviting players to vote for their favourite bingo brands in the 2022 WhichBingo Awards? Find out more here!