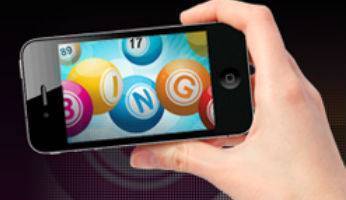 Who Was Playing Online Bingo in 2019?

The 2020 Online Bingo Annual Report, published by WhichBingo, tells us a lot about who is playing bingo in the UK, as well as how they play. The data is fascinating and reveals some interesting facts and figures about our modern day bingo playing habits and our love for the game.

The data in the report studied responses from a comprehensive survey into the subject of gambling and online bingo and looks at the demographics of who is playing, the sites players choose, and the devices used to play.

Across all of the age groups, however, it remains the case that online bingo is significantly more popular with women. 78% of the participants in the WhichBingo survey were female, compared to 21% males.

Nevertheless, one of the most interesting things about this data is the marked increase in the number of male participants. In 2018, only 12% of respondents in the survey were men, suggesting that online bingo is no longer seen as being solely the province of women players and the game is gaining more universal appeal.

Where do we play?

According to the survey, most UK bingo players are fairly loyal to their favourite sites, a trend that would seem to be increasing.

However, most players were likely to be a member of 2-5 sites, with 40.5% of our respondents telling us that this is how many sites they regularly play at.

The Online Bingo Annual Report also makes use of data from Howe Gaming to determine which is the most popular UK bingo site, with tombola coming out on top in 2019 (after being ranked second in 2018 behind Sun Bingo).

It’s not hard to see why tombola has become the most popular online bingo site with UK players; it has a great social media presence and interaction with players, an outstanding choice of rooms with top prizes, and excellent accessibility on all platforms. Plus, there is always a positive and fun atmosphere whenever you play there.

The other bingo sites to feature in the top ten (in order), were:

Mobile play now the most popular!

It’s no surprise that a mobile phone was the primary device we used for playing online bingo in 2019, considering the way that they seem to dominate every other area of our lives too!

Perhaps the most interesting data concerns the use of laptops and desktops to play online bingo.

In 2018, 25% of players surveyed said they played exclusively on a laptop, but in 2019 this figure dropped to only 18%. The number of players using a desktop computer as the sole device for playing online bingo remained constant at 6% in both 2018 and 2019.