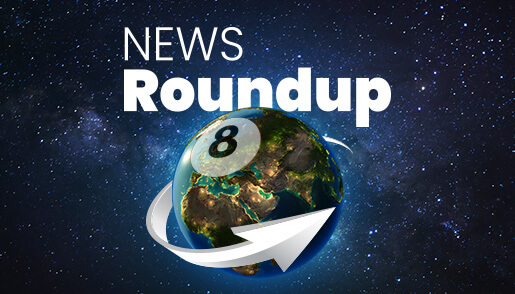 Despite the upheaval caused by the COVID-19 pandemic, the annual EGR B2B Awards for 2020 have still managed to go ahead, albeit in a revamped online format rather than the glitzy awards ceremony it normally is!

The EGR Awards, which are determined by a panel of independent external judges, recognise and celebrate the online gaming industry and highlight the achievements of the best and most popular operators, producers and marketers. There are categories covering all aspects of online gaming, including behind the scenes mechanics and so for players, these awards provide a useful guide as to what’s hot in the industry, who’s on the rise, and what you should be looking out for.

One of the biggest winners in this year’s EGR Awards is Red Tiger Gaming. The Isle of Man based developer, which first began producing games in 2014 and was acquired by NetEnt in March 2020 for £220 million, already has a host of awards under its belt and 2020 has proven to be no exception, picking up first place in no less than five different categories.

Red Tiger Gaming picked up this award for the second year running, with its tournament tool and jackpots coming in for particular praise from the judges.

This is an award Red Tiger Gaming previously picked up in 2017. In 2020, the judges highlighted its innovative Daily Drop Jackpots feature and its tournaments as the stand out offerings.

This is the first time the company has landed this award, which was given by judges in recognition of the jackpot provision in its online slot games.

This is the second time in three years that Red Tiger has scooped this award, with this year’s gong recognising the ongoing growth of its mobile gaming platforms.

For the second year running Red Tiger Gaming has picked up this prestigious award, in recognition of its ‘mobile-first’ approach to game development.

There were a number of other winners in a range of categories whose names will be familiar to WhichBingo readers. Some of the highlights include:

Playtech has long been one of the ‘Big 3’ in the online gaming industry, and it has in recent years made significant developments in its online bingo platform. This achievement was recognised by the EGR judges, who gave the Isle of Man producer the Bingo Supplier award for 2020. It also picked up awards for being the leading Multi-channel Supplier and Poker Supplier of the year.

If you’ve ever played live casino games, you will undoubtedly have played games produced by Evolution Gaming. Its dominance of the live dealer platform was confirmed yet again by picking up the Live Casino Supplier award for the eleventh consecutive year. Although other developers have tried to break into this field, Evolution Gaming is still the leading name, and it continues to introduce new games and expand the capabilities of the live gaming platform.

No awards season goes by without Microgaming coming home with a trophy, and this year the gaming legend picked up Platform of the Year. The judges recognised in particular that Microgaming has won new contracts with a number of leading operators, and that despite being in the industry since the beginning, it continues to innovate and grow.

Categories to watch out for

Given the recent changes in the ways UK bingo players can fund their online gaming accounts, this category is of particular interest. This year’s winner was MuchBetter, a payment app that has been developed very much with online gaming in mind. The judges commended MuchBetter’s understanding of the online gaming space and its innovative approach, as well as the security and fair charges it offers players. UK players might also want to check out Worldpay From FIS, which picked up the 2020 Payments Company award.

Relax Gaming picked up this prestigious award for the first time, on the back of its innovative and flexible approach, as well as the growth the company has recently undergone. Its portfolio includes bingo, poker and casino games, where the high-quality graphics and imaginative gameplay have all contributed to the growing popularity of the brand.