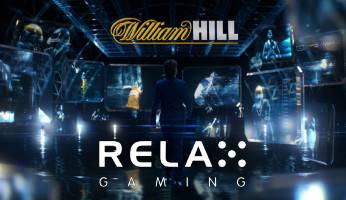 The Finland-founded software developer Relax Gaming is continuing to expand its UK presence thanks to a new deal with the operator behind leading sports betting, casino, bingo and poker products. The partnership will allow William Hill access to Relax’s full range of casino games.

Over 2,000 new games could soon be coming to the William Hill website after the operator clinched a deal with Relax Gaming this week.

While Relax Gaming was acquired by Kindred earlier this year, it continues to operate as a separate B2B entity that retains its own strategy and control over its game development.

Two of the games that have already been mentioned are Top Dawg$ and Money Train 2. However, Relax has also created hit titles like Iron Bank, Ramses’ Revenge, Temple Tumble, Caveman Bob and Snake Arena, and these could potentially be rolled out too.

In addition, there are three new video slots that Relax Gaming has launched since the beginning of September 2021 (Dead Man’s Trail, Helios Fury and Volatile Vikings). So, William Hill players could also gain access to these.

William Hill (which is in the process of selling its non-US business to 888 Holdings) calls Relax Gaming “the leading supplier of game-changing content”. The operator hopes to be able to add both the software developer’s own games, as well as slots from some of its partner studios which include Felt Gaming, Fantasma, Big Time Gaming, Silverback, Northern Lights, ReelPlay and Kalamba.

Relax Gaming seems equally excited about the deal, and according to its account management director, the company is “highly confident” that it will “enjoy many years of working together”.

Relax Gaming was founded in Sweden in March 2010 by Jani Tekoniemi and Patrik Osteraker. It launched its first poker product in 2014 followed by a casino software platform in 2015. In 2015, it also launched a bingo product and in 2018, it released its first network casino game, Erik The Red.

The software developer holds a UK license, and it’s also licensed by the Malta Gaming Authority and the Government of Gibraltar.