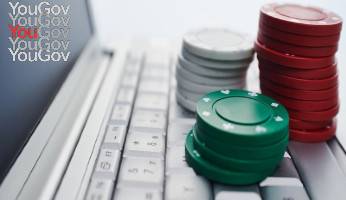 A new survey from YouGov shows that more people around the globe have been choosing to gamble online over offline channels over the past year. It also reveals that players feel that operators should be doing more to prevent gambling harm.

The survey took into account the views of groups of over 2,000 people residing in the UK, Australia, Germany and the United States, as well as 1,000 residents in each of the following countries: Sweden, Poland, Italy, Spain, Denmark, France, Singapore and Mexico.

What did the survey find?

YouGov found that 63% of those surveyed now prefer to gamble online rather than in land-based venues such as bookmakers and casinos, all of whom had participated in internet-based gambling at some point over the past year.

70% of British respondents revealed a preference for online gambling, coming a close second to India where 76% of players would rather use online brands. In Italy, 69% of those surveyed said that they prefer to gamble online as did 58% of respondents in Germany, Sweden and the US. Even in Singapore, where online gambling is banned, 56% of people would rather bet online.

The most popular form of online gambling was in the form of lottery ticket purchases, followed by sports betting, instant wins, and online slots.

The reasons for the shift

YouGov believes that the shift from offline to online is due to three major factors. The COVID-19 pandemic is likely to have played a significant role due to land-based venues being closed for so long and giving players no option but to move online. Many international markets have also been deregulated, while innovation in online gambling has fueled a new interest from players who have traditionally played at physical venues.

Part of the survey included questions on how people felt about gambling harm and regulation. Somewhat worryingly, only 16% of all respondents felt like gambling companies took problem gambling seriously. Furthermore, almost a quarter of those who took the survey felt that online gambling should be made illegal.

These findings will certainly give both gambling operators and governments pause for thought moving forward where good practice and gambling regulation are concerned.