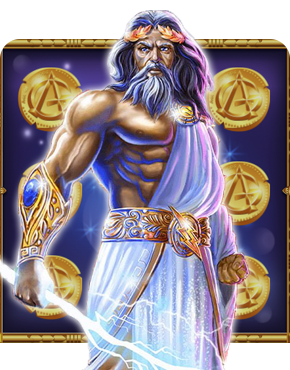 Play for Free \ Watch Where to play? Play on Sun Bingo
Advertiser Disclosure
We want to bring you the best content and the best offers. Just so you know, we may collect compensation from the links on this page and some of our reviewers are compensated for contributing content to this website.

Age of the Gods Bingo

Launched at the end of 2018, the Age of the Gods bingo game is based around the traditional UK 90 ball bingo game, with some high-tech in-game animations and a bonus game that appears randomly for the full house winner to play. 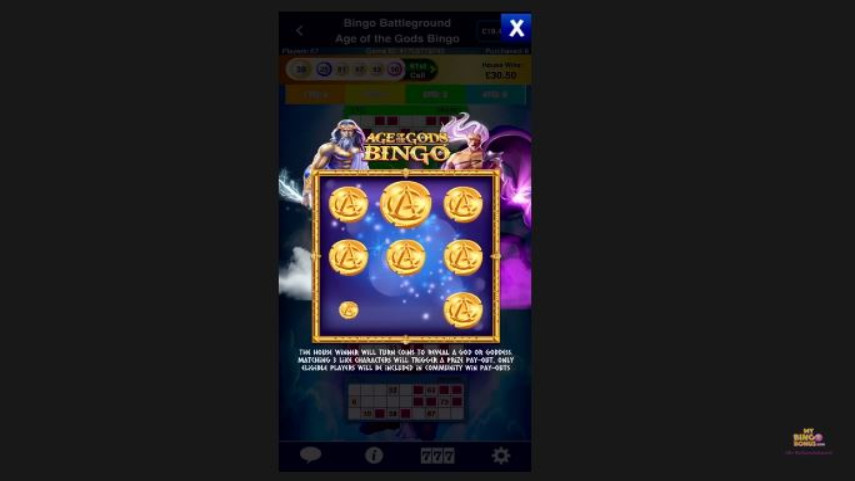 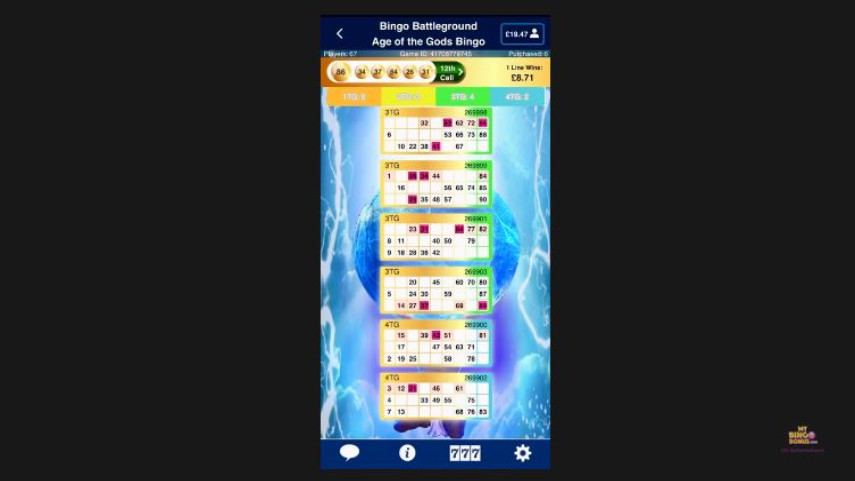 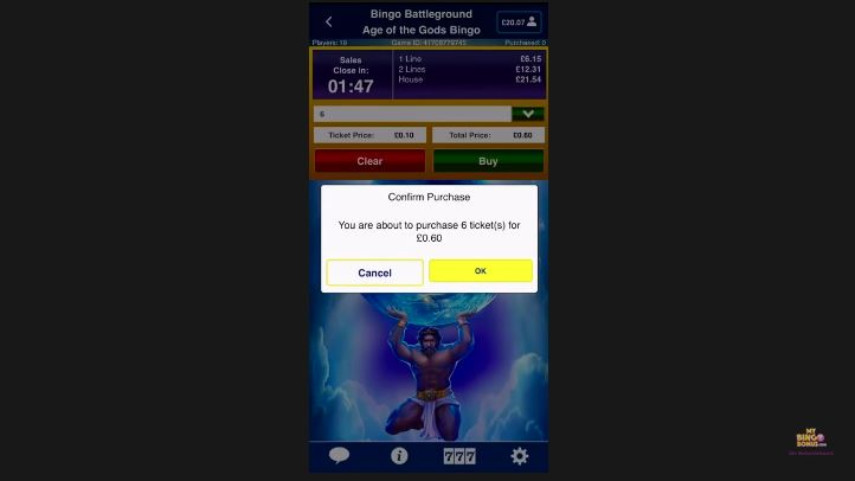 Play Age of the Gods Bingo at these suggested casinos

The highly successful Age of the Gods series of slot games have now been translated into a fully functional and exciting 90 ball bingo game. With its memorable images of Gods and Goddesses the theme makes for an excellent set up for an online bingo room. It’s bright and colourful with a number of exciting features adding to the anticipation when you play.

There is no mistaking the look and the feel of the game and it is a fitting addition to the whole Age of the Gods series and is another feather in the cap for Playtech and its developers.

Age of the Gods Bingo is a 90 ball bingo game. Being 90 ball bingo you will see the standard three line, 15 number ticket game. There are prizes for a one line win, a two-line win and the full house. Each line is five numbers. The prize for each section depends on the price of the ticket, the number of players in the game and how many tickets have been bought into the game in total. Numbers are called steadily and are auto-daubed if they appear on any of the tickets you have purchased, although you can choose to daub manually if you wish.

Arena of the Gods

Just by being in the game with even a single ticket you get the chance to play the Arena of the Gods special feature if you win the full house. It may not be available on every game, but you know it is active as a gold coin appears as the first ‘number’ called in the game or there will be a gold coin in the ‘Features’ section of the paytable at the head of the page.

At the end of the game, all players will see the Arena of the Gods feature panel with 9 gold coins. The winning player turns coins to reveal a God or Goddess. When three of the same God or Goddess is revealed it determines the prize.

We love the rich purple and gold theme to the Age of the Gods Bingo room and the fancy borders that separate the paytable, the game, the chat and the side games. The music, should you choose to activate it is very striking in a classical way – violins, double bass and trumpets are very much in evidence and really evoke the heavenly, godlike theme.

When a prize is won there is the sound of an electrical flash as you would imagine a taser being fired might make and you see the winning card within an image of the God Atlas supporting the world on his shoulders.

Clearly Playtech wanted to ensure the integrity of the Age of the Gods series was not comprimised in the transition to an online bingo game and they have succeeded magnificently. This is a classic game in the making with a nice additional feature. With room names such a Breakfast at Hera’s, Riches of the Earth and Aphrodite’s Sunrise you are never in any doubt of the theme of the room.

The addition of a progressive jackpot would be an added bonus, but for now, this is a striking and fun game exactly as it stands.