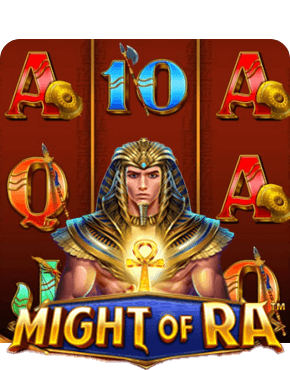 Play for Free \ Watch Where to play? Play on Casoola Casino
Advertiser Disclosure
We want to bring you the best content and the best offers. Just so you know, we may collect compensation from the links on this page and some of our reviewers are compensated for contributing content to this website.

Might of Ra is a Pragmatic Play slot game that will transport players to ancient Egypt with the pyramids looming in the background and the might god Ra at the side of the reels. This game has six reels, four rows and 50 fixed paylines, which you can spin from as little as 20p. 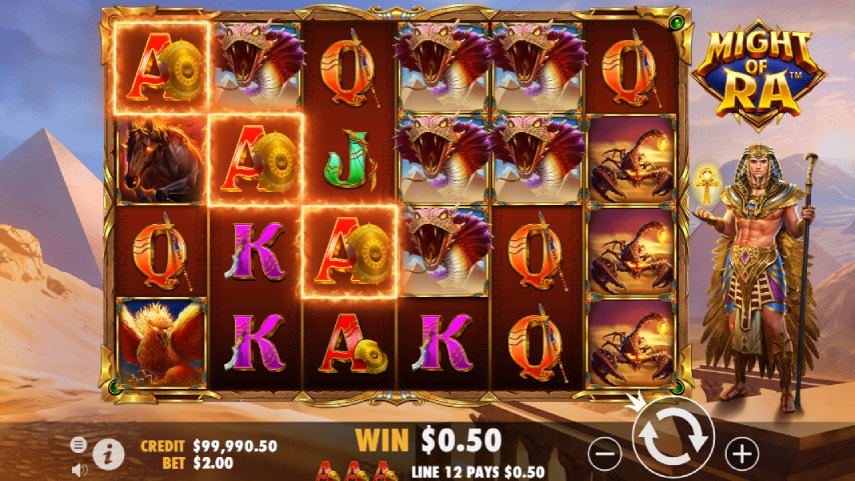 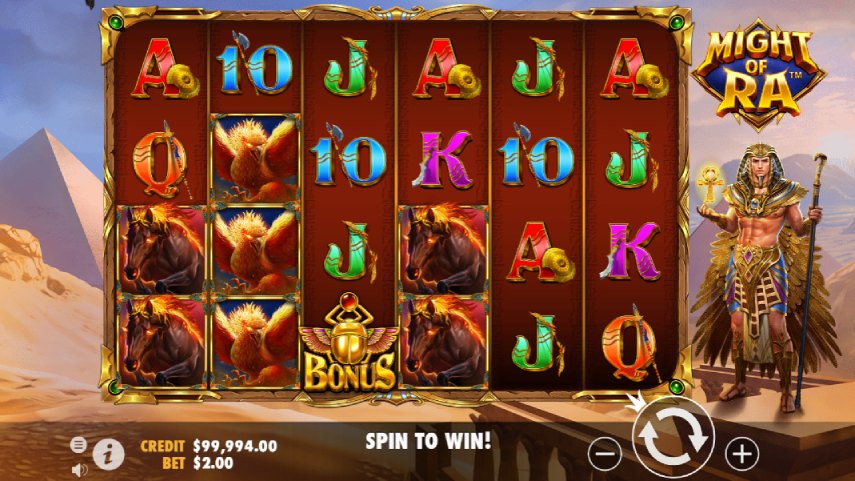 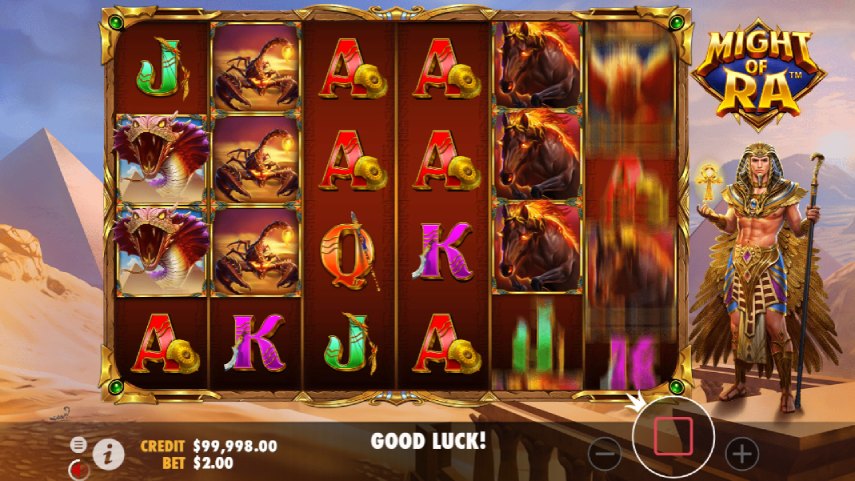 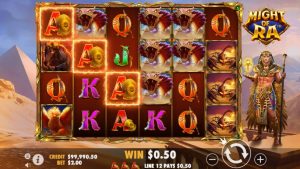 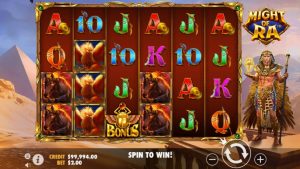 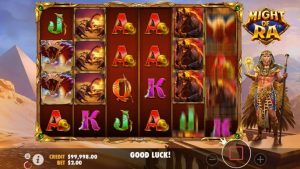 *18+. New players only. Min. deposit £20. Max. bonus bet is £5. Bonus spins on selected games only and must be used within 72 hours. Winnings from Bonus spins credited as bonus funds and capped at £100. Bonus funds expire in 30 days, unused bonus funds will be removed. Welcome Offer is 100% match up to £200 plus 50 bonus spins on your 1st deposit, 50% match up to £50 on your 2nd deposit. Bonus funds are separate to Cash funds, and are subject to 35x wagering the total bonus & cash. Only bonus funds count towards wagering contribution. Affordability checks apply. Terms apply. Please gamble responsibly. BeGambleAware.org. #AD

This game keeps things simple with a wild symbol, wild multiplier feature where you can be awarded wild reels with 3x multipliers and a free spins round where you will be awarded 15 free spins plus the chance to win up to 22,500x your stake.

If you think this could be the slot game for you, carry on reading our Might of Ra review for all the information you need to know about this game.

Spinning the reels of Might of Ra is incredibly easy. Players can get started by setting their bet per spin using the + and – buttons underneath the reels. Once you have set your bet, hit the transparent white arrow button to send the reels tumbling. Bets per spin range from as little as 20p and rise to £100 per spin.

Winning combinations in this slot game are formed by landing between three and six matching symbols on a payline. This must start from reel one and be from left to right.

In the base game, the highest value symbol on the reels is the Ra wild symbol and this will pay 25x your stake for six in a winning combination. The largest wins are available in the free spins round where you can potentially take home up to 22,500x your stake.

In the Might of Ra slot game, there are three special features. This includes a wild symbol, a wild multiplier feature and a free spins round.

The wild symbol is Ra and it will replace other symbols on the reels to help form new winning combinations and award cash prizes.

Finally, we have the free spins bonus round. This is triggered when three or more scatter symbols land on the second, third and fourth reels, plus potentially, the fifth reel too. The scatter symbol to watch out for is the scarab beetle. Players will be awarded 15 free spins and there is an instant win up for grabs depending on how many scatter symbols you landed:

There are four levels to the free spins round and players can collect ankh symbols as they land on the reels to move up the levels. The more ankhs you collect, the further you will climb up the free spins levels and with that, additional wild symbols will appear on the reels:

This round can potentially provide unlimited free spins. If you land more scatter symbols, you will be awarded extra free spins:

The Might of Ra is an Ancient Egypt themed slot game focused on one of the deities. As the deity of the sun, the mighty god of Ra stands next to the reels while the Sahara desert and pyramids make up the backdrop to the reels. Players will also enjoy the cool animation such as the sand storm that takes you to the free spins round with bolts of purple lightning flashing in the background as you spin! The reels are bordered in ornate gold and beautiful green jewels.

On the reels, the low value symbols are your standard playing card symbols 10, J, Q, K, and A in a variety of bright colours and each carrying a weapon such as a spear or an axe. The high value symbols are an array of fantasy-styled animals including horses, snakes, scorpions and a phoenix. As you spin the reels, Arabian music plays in the background and compliments the game.

Might of Ra is your standard Egyptian themed slot game and while the theme is not unusual in the world of online slots, the graphics still look fantastic. If you are looking for a simple game with a few great bonus features, then this could be the one for you.

Players will love the wild reels and 3x multiplier up for grabs as part of the wild multiplier feature plus the unlimited free spins available as part of the free spins bonus round. Turn back the sands of time and get spinning the reels of Might of Ra today where you could potentially win up to 22,500x your stake. You can check out the Might of Ra slot at a Which Bingo recommended online casino.