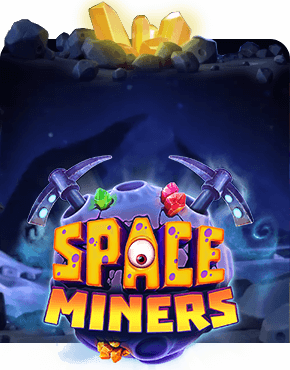 Play for Free \ Watch Where to play? Play on Casino Joy
Advertiser Disclosure
We want to bring you the best content and the best offers. Just so you know, we may collect compensation from the links on this page and some of our reviewers are compensated for contributing content to this website.

Space Miners is an exciting slot game from Relax Gaming with six reels, three rows and 729 ways to win that has the potential to increase to one million ways to win! Players will find themselves in a futuristic galactic setting as they help the bright and colourful aliens mine for sparkling crystals and cash prizes. 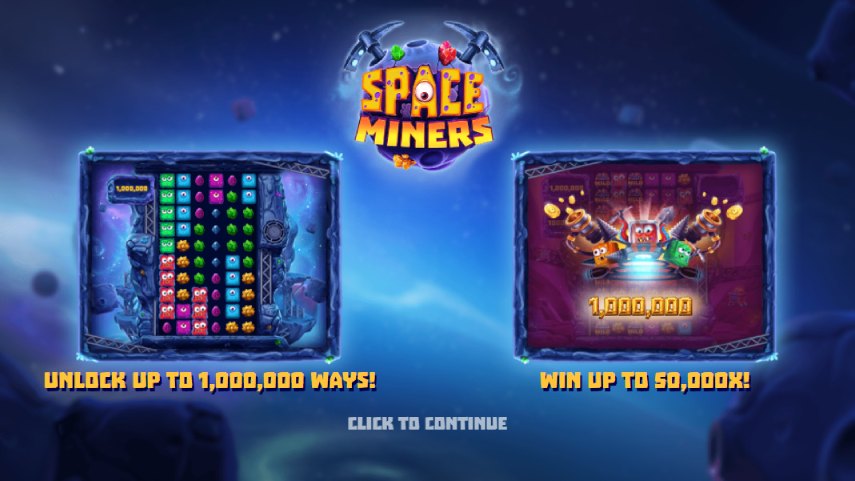 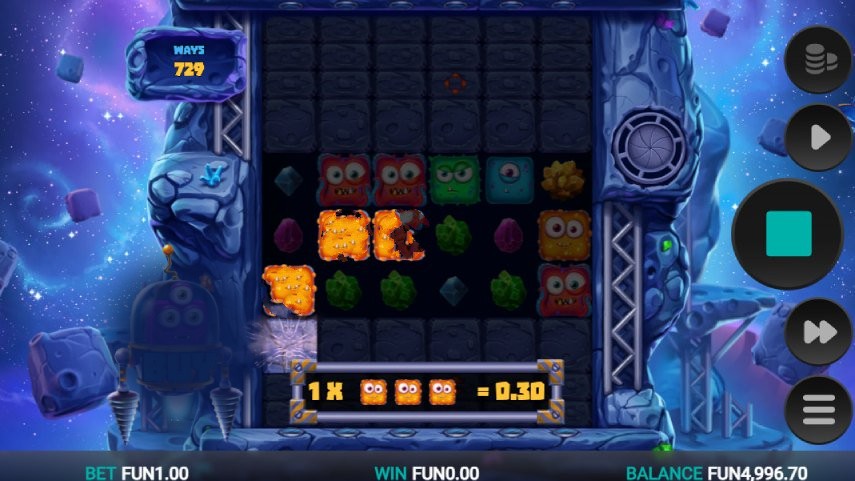 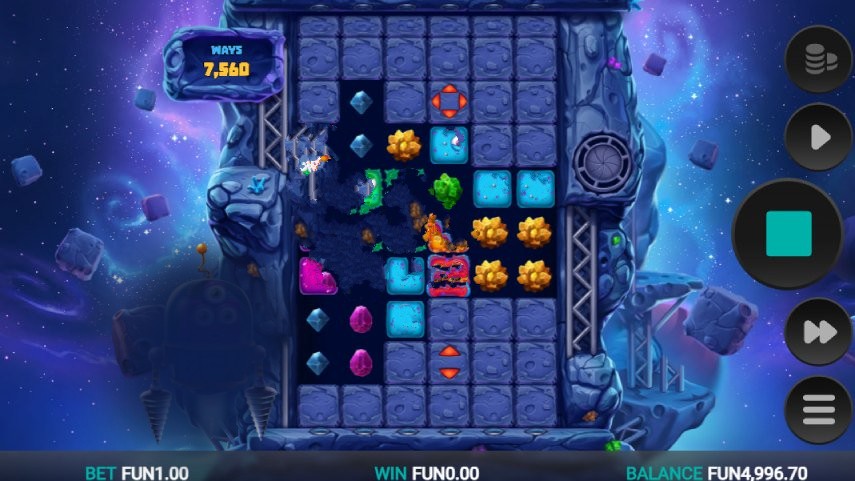 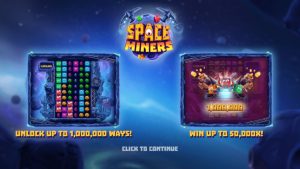 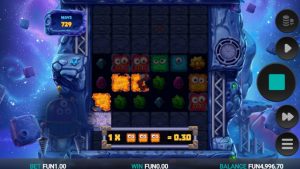 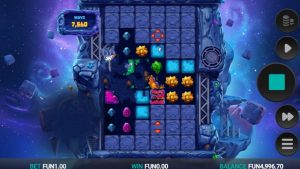 * 18+. New players only. One bonus offer per player. Minimum deposit of £10. Max bonus bet £5. This offer gives you a 100% match bonus up to £100 and 100 bonus spins. Bonus spins are valid on the following game(s) only: Aloha! Cluster Pays. Bonus spins to be credited at a rate of 20 bonus spins per day over five days, triggered on your first deposit. Bonus spins winnings credited in the form of bonus funds and capped at £50. Bonus funds must be used within 30 days and bonus spins within 10 days, otherwise any unused shall be removed. Bonus funds are separate to Cash funds and are subject to 35x wagering on the value of the bonus funds and your cash deposit(s). Affordability checks apply. Terms apply. Play Responsibly.BeGambleAware.org. #AD

*18+. New players only. Min. deposit £20. Max. bonus bet is £5. Bonus spins on selected games only and must be used within 72 hours. Winnings from Bonus spins credited as bonus funds and capped at £100. Bonus funds expire in 30 days, unused bonus funds will be removed. Welcome Offer is 100% match up to £200 plus 50 bonus spins on your 1st deposit, 50% match up to £50 on your 2nd deposit. Bonus funds are separate to Cash funds, and are subject to 35x wagering the total bonus & cash. Only bonus funds count towards wagering contribution. Affordability checks apply. Terms apply. Please gamble responsibly. BeGambleAware.org. #AD

This game is jam-packed with bonus features including a wild symbol, a respins feature, four power up features that can help potentially create more winning combinations and a free spins bonus round. With wins of up to 50,000x your stake up for grabs, this is a space mining adventure you will not want to miss out on.

Players can get started spinning the reels of Space Miners in just a few minutes. Simply set your bet per spin using the + and – buttons under the reels. Once your bet is set, hit the white arrow spin button to get the reels moving. Bets per spin can range from as little as 10p up to £20 per spin.

To get winning combinations in this slot game, players will need to get three or more matching symbols on adjacent reels, starting from the first reel.

In the base game, the highest value symbol on the reels is the red alien and it awards 5x your stake for six in a winning combination. When the number of ways to win increases up to one million, the potential max win per spin rises to 50,000x your stake.

There are four special features in the Space Miners slot game. This includes a wild symbol, a respin feature, a power up feature and a free spins round.

The wild symbol is the cart filled with the crystals mined by the aliens but you cannot miss it as it has the word WILD stamped on it. This will replace other symbols on your reels to help form new winning combos and possibly award bigger cash prizes. These wild symbols can also expand to create further winning combos.

Each time players get a winning combination, the respin feature will be triggered. This is similar to the popular cascade feature as the symbols in the winning combination will be removed from the reels to make way for new symbols to take their place. However, an addition to this respins feature is that blocked spaces will be destroyed to allow more symbols on the reels and this is how you can increase the number of ways to win up to a potential one million. It is with the one million ways to win that wins of up to 50,000x your stake are up for grabs.

As you spin the reels, you will notice that some blockers have a power up symbol attached. When these power up blocker symbols are removed from the reels, it will trigger the associated power up feature. There are two power up features available in the base game while in the free spins round there are four. You can also trigger more than one power up feature at a time.

Following on from the power ups is the highlight of the game, the free spins bonus round. This is triggered by three or more spaceship bonus symbols and the more you land, the more free spins you will be awarded:

There is no upper limit on the number of free spins you can receive and as you play this feature, landing another spaceship scatter will award one additional free spin. When blockers are destroyed in this feature, they will stay open to provide more ways to win.

Space Miners is a light-hearted slot game with a design that does not take itself too seriously. The graphics in this game are superb as players will be transported to outer space where you will be joining lots of bright and colourful aliens that are mining for beautiful crystals.

If you love the popular slot game Reactoonz from Play ‘n GO, you are sure to enjoy spinning the reel of Space Miners as the bright and cartoonish look of the game is very similar. The graphics in this game are fantastic and players will enjoy the wide range of bonus features.

Highlights include the power ups and the free spins round where there is the potential to win up to an incredible 50,000x your stake. If you are ready to get started mining to potentially win cash prizes, spin its reels today from as little as 10p per spin. You can check out the Space Miners slot at a Which Bingo recommended online casino.