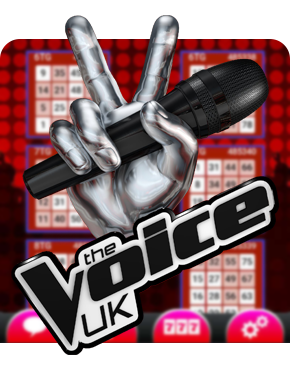 Play for Free \ Watch Where to play? Play on Buzz Bingo
Advertiser Disclosure
We want to bring you the best content and the best offers. Just so you know, we may collect compensation from the links on this page and some of our reviewers are compensated for contributing content to this website.

The Voice UK Bingo is a great new version of 80-ball Bingo. It’s a fast-paced and frenetic game with a new round of ball-dropping kicking off once every minute. Nip to the loo during a break in play without buying your tickets and you’ll be out of the game for the next round. 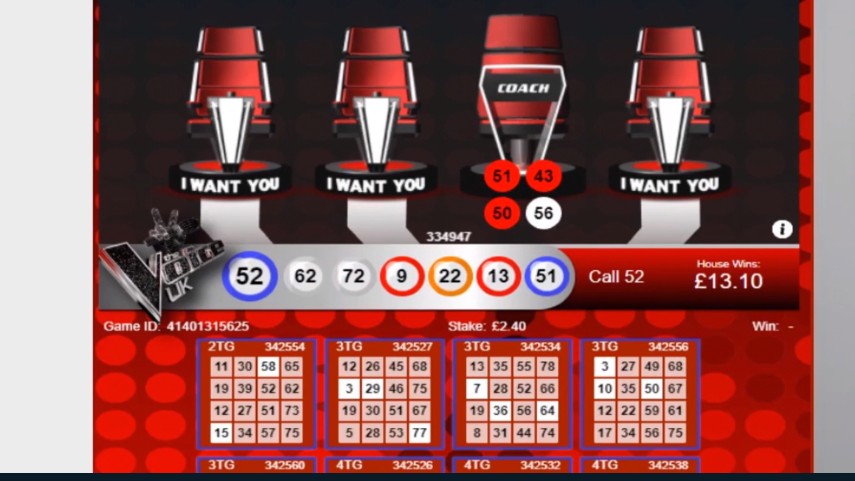 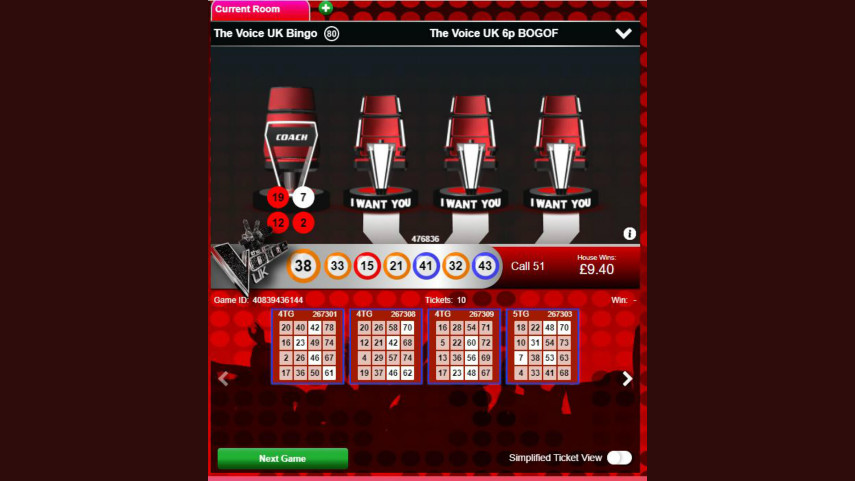 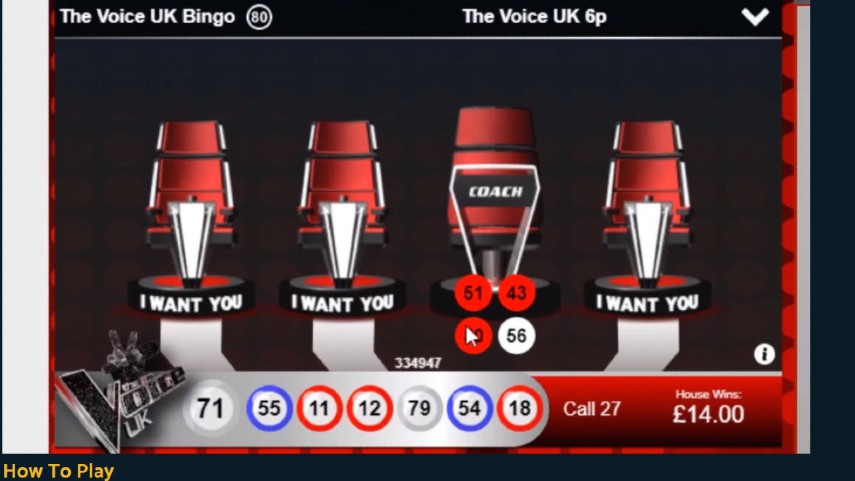 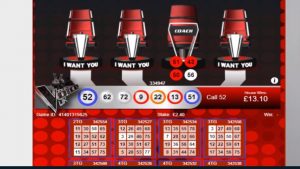 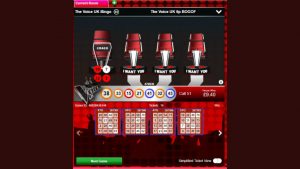 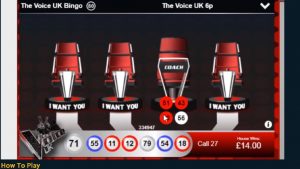 Play The Voice™UK Bingo at these suggested casinos

The Voice has not rivalled Britain’s Got Talent or the X-Factor as a major spotter of musical aptitude so far. Can you remember the names of anyone who has won The Voice? Those other shows have helped create stars such as JLS, Leona Lewis, Susan Boyle and Diversity, but what about The Voice. Remember Leanne Mitchell? Andrea Begley? What about Jermain Jackman? Oh well … as the show is still going (and now on E4) there’s still time for it to uncover the next massive singing sensation. This doesn’t prevent the show itself from continuing to grow in popularity with its unique blind judging and revolving chairs.

Until that happens, you can fill some of your time while you wait by playing The Voice UK Bingo, a fast-paced bingo game available exclusively (initially anyway) at Buzz Bingo. This is something of a rarity as it’s an 80-ball bingo game. If you’re not in the bingo know-how then you’ll need to be told that most bingo games at online bingo sites are 90-ball bingo (the UK version) or 75-ball bingo (the US version). Why not listen to ‘the voice’ of WhichBingo to see how we rate The Voice UK Bingo?

As we’ve just mentioned, The Voice UK is an 80-ball bingo game. To start your bingo buzz, you need to purchase a ticket or some tickets for the game. You do this by clicking on the arrow button when you enter the bingo room. Each ticket costs between 4p and 10p. You can buy as many tickets as you want to play, up to a maximum of forty. When you have decided you’ve purchased enough, hit the ‘buy’ button. You have to be quick though as there is only a one-minute wait between each round.

Each bingo ticket is presented as sixteen numbers in a 4×4 grid. Unlike other online 80-ball bingo games we have seen, there are no prizes for completing one, two or three lines. The only prize is for a full house.

Once sales have closed there are only 20 seconds to go until the game starts. Numbers are drawn and run across the middle of the screen. Again, you have to be quick as numbers are drawn around every one and a half seconds! Don’t worry about missing a number as your card is marked off automatically. There is no caller and no bingo lingo in this game, just a beep as each numbered ball appears.

If you are the first to mark off all numbers on your card you are the winner and you take home the top prize.

There are several ‘jackpot’ prizes available with this game.

If a player completes a full house with the final white number under a chair, then that chair turns and they are awarded the attached jackpot prize. Four new numbers are selected under the next chair in sequence and a new jackpot is available.

Once all four chairs have turned all of them turn back and the entire process starts all over again.

When you load up The Voice UK bingo you’ll be greeted by a deathly silence. You have to turn audio on via the settings menu as it is turned off by default. The only audio is ‘The Voice UK’ theme tune which plays between games. Other sounds include the tick-tick of the balls being drawn and the announcement of the winning player.

The graphics are as basic as possible, but when it comes to bingo who needs flashy graphics?

This is certainly a fast-paced game. Most bingo games take between 90 seconds and three minutes to fire up, but here bingo ticket buying opportunities are gone in 60 seconds.

You do wonder at first why the chairs are there and why they don’t do anything, but once you understand how the jackpots work it’s as clear as anything. A very decent rendition of a version of bingo that’s not seen often enough, available at Buzz Bingo and recommended by the bingo boffins at WhichBingo!

The Voice UK Bingo is a great new version of 80-ball Bingo. It’s a fast-paced and frenetic game with a new round of ball-dropping kicking off once every minute. Nip to the loo during a break in play without buying your tickets and you’ll be out of the game for the next round.

This game also features a ‘Turn the Chair’ jackpot that can reach as high as £5,000. The last player to obtain a full house using the fourth lucky number is awarded the jackpot. This continues on until all four chairs have turned and the largest jackpot has been awarded, then the process commences all over again!