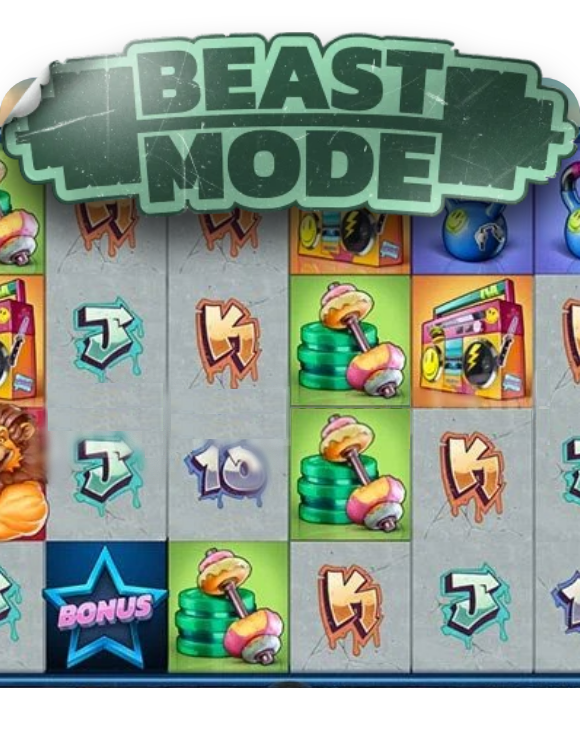 Play for Free \ Watch Where to play? Play on 21 Prive Casino

Beast Mode is an exciting new slot game from Relax Gaming with a cool wild animal theme combined with weightlifting! This slot game with a retro design has six reels, four rows and up to 38,416 ways to win. It has lots to offer including wilds and the incredibly popular cascading wins feature. 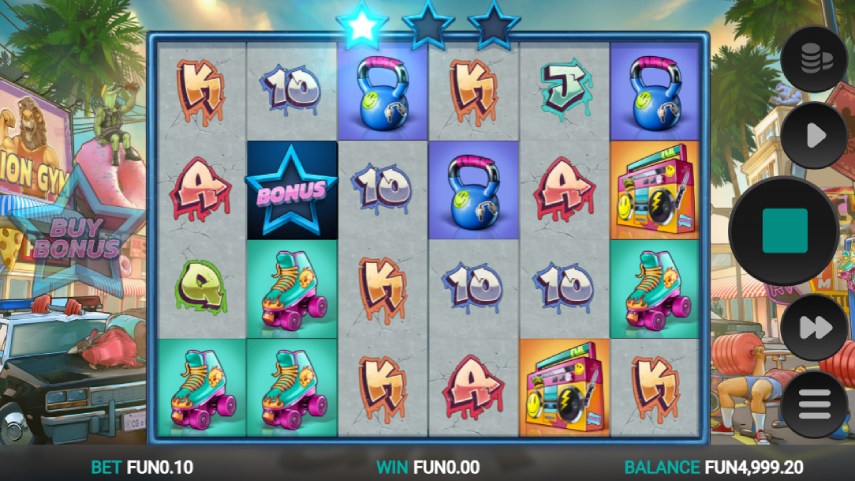 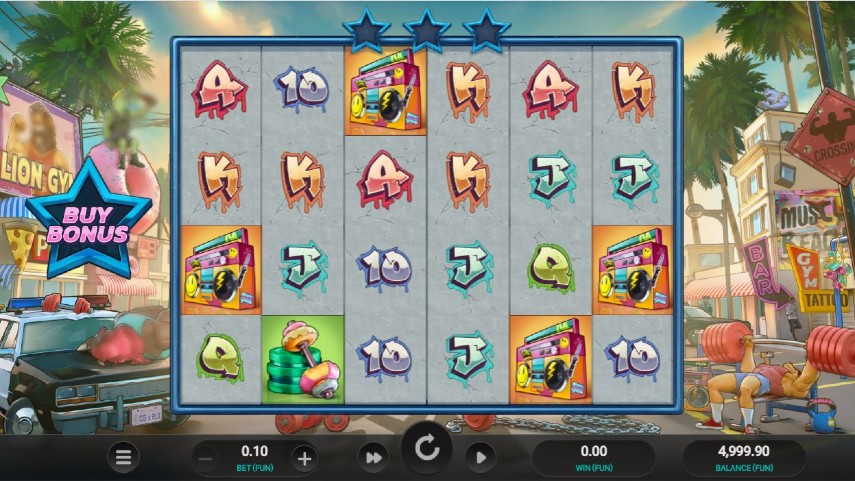 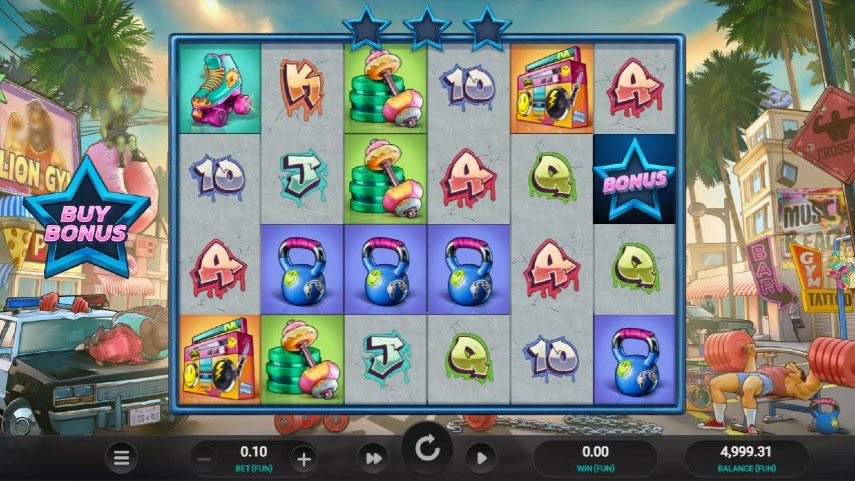 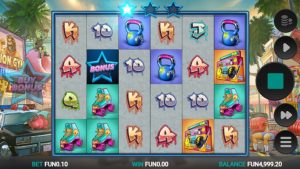 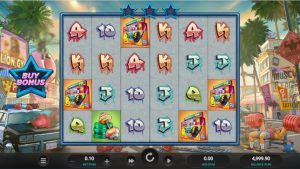 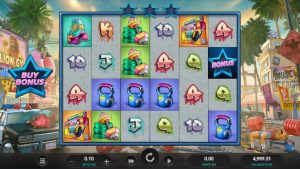 *18+. New Players only. One bonus offer per player. Minimum deposit of £20. Max bonus bet £5. This offer gives you a 100% match bonus up to £100 and 100 bonus spins. Bonus spins are valid on the following game(s) only: Hotline or Fruit Spin. Bonus spins to be credited at a rate of 20 bonus spins per day over five days, triggered on your first deposit. Bonus spins winnings credited in the form of bonus funds and capped at £50. Bonus funds must be used within 30 days and bonus spins within 10 days, otherwise any unused shall be removed. Bonus funds are separate to Cash funds and are subject to 35x wagering on the value of the bonus funds and your cash deposit(s). Affordability checks apply.Terms apply. Play Responsibly. BeGambleAware.org.

What’s more, players can look forward to a random mystery spin feature where mystery symbols all transform into the same symbol and a free spins round with four modes to play in where you will have the chance to win up to 25,000x your stake.

If you think this could be the slot game for you, carry on reading our Beast Mode review for all the information you need to know about this game.

Spinning the reels of Beast Mode is easy. Players can set their bet per spin using the + and – buttons under the reels. Then, once your bet is set, hit the white and grey spin arrow button to send the reels tumbling. Bets per spin start from as little as 10p and rise to £40.

To get a winning combination in this game, players must land three or more matching symbols on the reels, starting from reel one and working from left to right.

The highest value symbol on the reels is the lion and this will award 25x your stake when six or more land on the reels. The maximum win available in this slot game is 25,000x your stake.

There are four special features in the Beast Mode slot game. This includes a wild symbol, cascading wins, a random mystery spin feature and a free spins bonus round.

The wild symbol is the gold WILD and this will replace other symbols on the reels to help form new winning combinations and award big cash prizes.

In the base game, the random mystery spin symbol can randomly trigger. All of the mystery question mark symbols on the reels will then transform into the same symbol and will stay locked in place for the following spin. On each subsequent spin, the mystery symbols will all transform into another symbol and this process continues as long as new wins are formed.

When three or more star bonus scatter symbols land on the reels, the free spins bonus round will trigger. There are three free spins modes available to play in. This includes:

Beast Mode is an animal themed slot game with a twist as it combines wild animals with weightlifting! Players will be transported to the famous Santa Monica Muscle Beach in the state of California. The game has a retro design with cop cars, lions working out and billboards acting as the backdrop to the reels. On the reels, the low value symbols are the standard playing card symbols 10, J, Q, K and A. The high value symbols include an 80s style stereo, kettlebells, roller skates, barbells and a fierce lion that has clearly been working out. AS you spin the reels, a funky soundtrack plays in the background which works well with the 80s theme of the game.

Overall, Beast Mode is a fantastic offering from Relax Gaming. The graphics look fantastic and the theme offers something a little bit different to what you will have seen with other slot games. This slot game has a brilliant range of bonus features and there is lots to look forward to with the popular cascading wins feature and the free spins round where you can choose to play in three different modes. With wins of up to 25,000x your stake up for grabs, it’s time to pump some iron and see how much you can win spinning the reels of Beast Mode.

You can check out the Beast Mode slot at a Which Bingo recommended online casino.