Play for Free \ Watch Where to play? Play on NetBet Casino
Advertiser Disclosure
We want to bring you the best content and the best offers. Just so you know, we may collect compensation from the links on this page and some of our reviewers are compensated for contributing content to this website.

First up, if you’re playing a Playtech Game called ‘Captain’s Treasure’ and you’re struggling to see what all the fuss is about then the chances are you are playing the wrong version of the game. Many moons ago, Playtech released a game with that very name – it’s a simple slot with five reels, three lines and a mammoth nine pay lines. 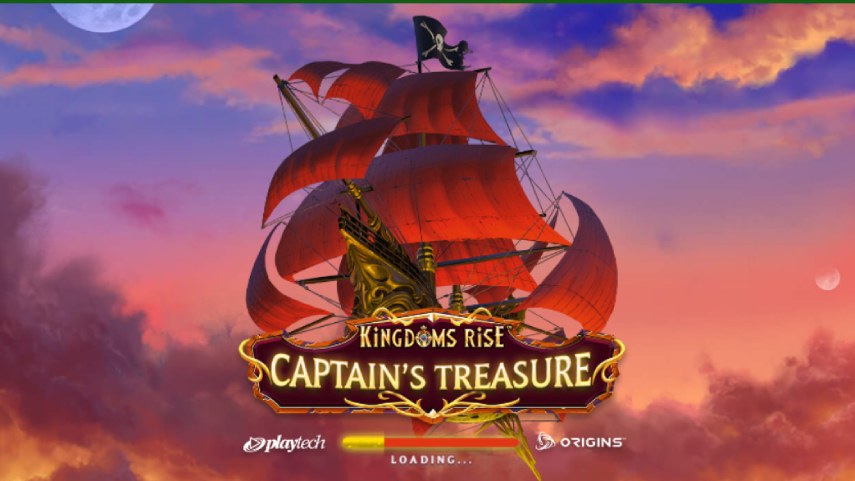 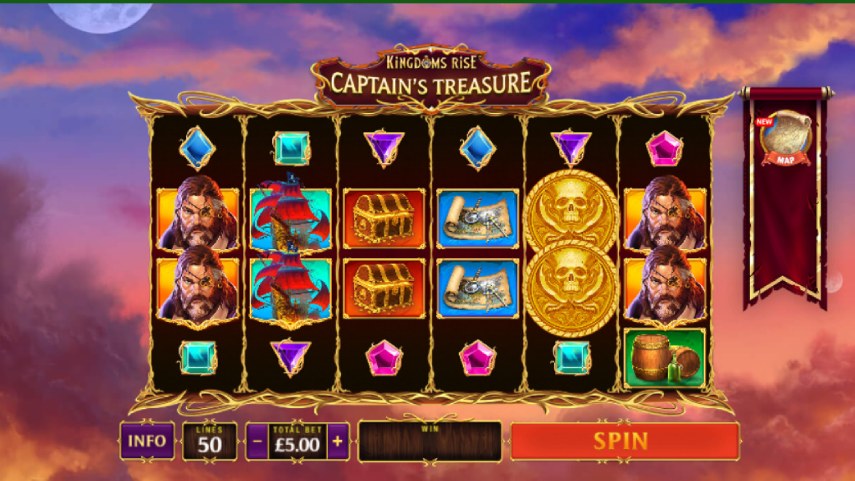 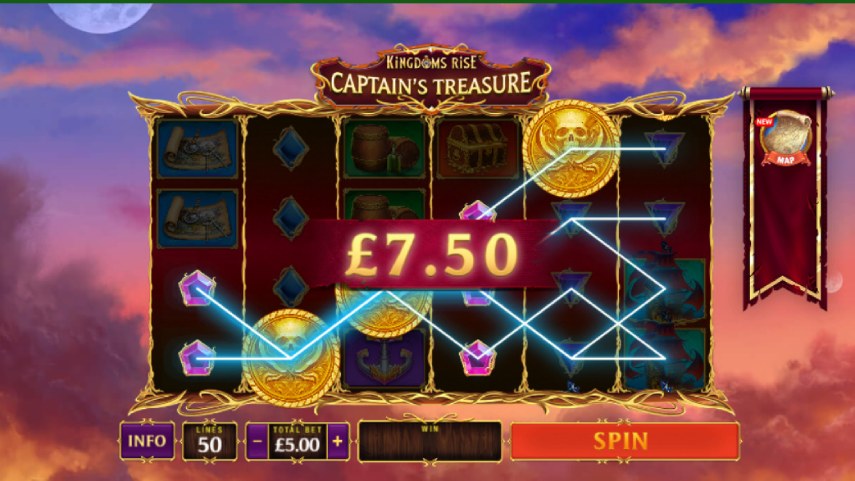 The version of Captain’s Treasure that you should be playing is Playtech’s latest release in their Kingdoms Rise line of games.

This game follows on from the other games in this series: Forbidden Forest, Guardians of the Abyss, Sands of Fury and Reign of Ice. It’s also the first game released in this series by Playtech after the UKGC said ‘no way’ to one of this series’ main features. This was the ability to ‘buy’ a feature instead of waiting around until the reels fell into the feature-triggering pattern. The UKGC has stated this would be too enticing for people with gambling issues, so told Playtech to drop this aspect of the series.

Kingdoms Rise Captain’s Treasure is another game that’s set on the high seas with treasure and bounty waiting for those who are willing to go a-plundering. The Captain himself looks a right party-pooper, which is probably because during his pirating career he’s mislaid his left eye!

There are fifty paylines in total, and all are in play upon every spin. To play this game you simply choose the total amount of your bet, which can be anything from 0.10 to 1,000. You are in effect paying 50 coins per spin, so all line wins are paid as a multiple of your coin size.

A golden coin is the wild symbol in this game. It substitutes for all other symbols. There are two varieties – one with a skull and cross-blades on, and one with a large ‘W’ on. The latter version triggers the Captain’s Respins feature.

This game gives access to the Kingdom’s Rise series of progressive jackpots. The first jackpot is the Epic jackpot, which can grow to limitless proportions. The second jackpot is one once a specific amount has been raised, and the third is triggered on a daily basis. All jackpots are simply awarded at random, so you could win one as long as you are currently spinning.

The main feature in this game is now the Captain’s Treasure Respins feature. This is triggered whenever a golden coin with a ‘W’ upon it lands on the reels, triggering the respins.

This coin is a wild, and for every spin it will move one place along the reels, either up, down, left or right (as long as there is room. The wild symbol will never just wander off the reels). Respins will continue as long as at least one golden ‘W’ symbol remains upon the reels. The golden ‘W’ leaves normal wild symbols behind as it moves.

The Captain’s Respins feature continues until the ‘W’ symbol finds its way back to its original position. Once this happens, it turns back into a normal wild, and normal spins start back up again.

Since the removal of the ‘Kingdom’s Rise Ship’ (although the shop is mentioned in the opening welcome screen) the only other feature this game has is the ‘Map’ button which sits in the top right-hand corner of the screen. By clicking this you can switch to any other game in the Kingdom’s Rise series.

The imagery used in this game is fairly static, aside from the spinning wild coins and the pay lines that light up to signify that you’ve been fortunate enough to seize a win. The whole look of the game looks similar to a game Playtech might have put out a decade ago.

Sounds used do not stretch far beyond the typical beep and boops of any online slot, backed by an epic theme that doesn’t do much to get the pulses racing.

The loss of the ‘buy feature’ aspect of their Kingdoms Rise series must have been a bitter blow to Playtech, as that was a key feature of this series. You were able to collect coins and then spend them on any feature for any game in the series. Playtech at the time described it as ‘revolutionary’, but now this aspect is being removed from the Kingdoms Rise series or so it appears. There were no options available in the version we played, anyhow.

With that removal what’s left is just a mundane game with a feature that’s been used in other Playtech titles. Summing up, the Captain’s Treasure is a chest full of disappointment!