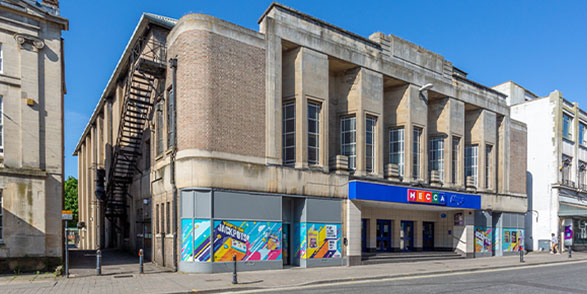 A much-loved bingo hall in the heart of Gloucester will be calling time after almost 50 years in business. The news comes as Mecca Bingo continues to identify venues that are seemingly no longer financially viable due to the knock-on effects of the COVID-19 pandemic.

Which bingo club is closing and why?

The Mecca Bingo hall in Eastgate Street, Gloucester is the latest club to be marked for closure. So far, the company has confirmed that the venue will shut its doors for the last time next month (August 2022) but has yet to provide an exact date.

Mecca Bingo’s Gloucester club announced the sad news via its Facebook page late last week. In its post, it thanked its loyal customers for their support over the years. It also asked customers to bear with it while its employees adjusted to the news but added that anyone is “free to pop in and have a chat”. The club added that it will update its Facebook page with its “plans for the coming weeks” and “a confirmed closing date in August”.

Many of the bingo hall’s customers are understandably shocked and saddened by the news.

So far, there have been 83 comments on the post. They include statements like “there will never be a place like Mecca Bingo Gloucester”, “sad times for the staff”, “staff are always so happy and polite”, “I remember as far back as when it was called Top Rank”, “will really miss this”, and “this is devastating news”.

One potential light at the end of the tunnel for the club’s employees comes in the form of fellow bingo operator, Buzz Bingo whose Gloucester bingo club also took to Facebook to give its support. It says that “we are doing everything we can to find vacancies and integrate as many of the team from Mecca Gloucester into our Buzz Bingo family as we can”.

What other bingo halls are closing?

Over the past few weeks, Mecca Bingo has announced that it plans to close its bingo halls in Rochdale, Andover, Sittingbourne, Bridgwater, Plymouth, and Halifax, with the likelihood of more to follow.