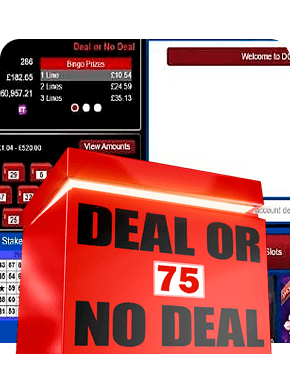 Deal or No Deal Bingo 75

Deal or No Deal Bingo 75 offers an unmissable playing experience, and it awards more prizes than the 90-ball version! There’s also the progressive jackpot up for grabs and you can buy tickets for the games for as little as 10p each. 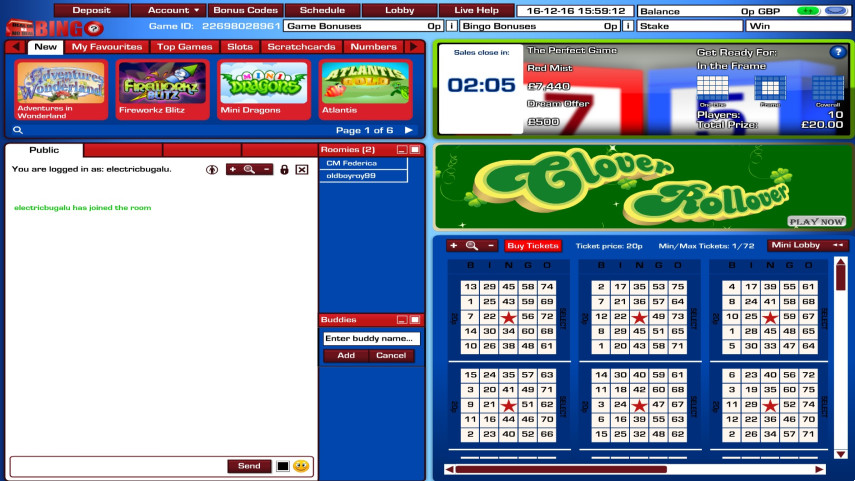 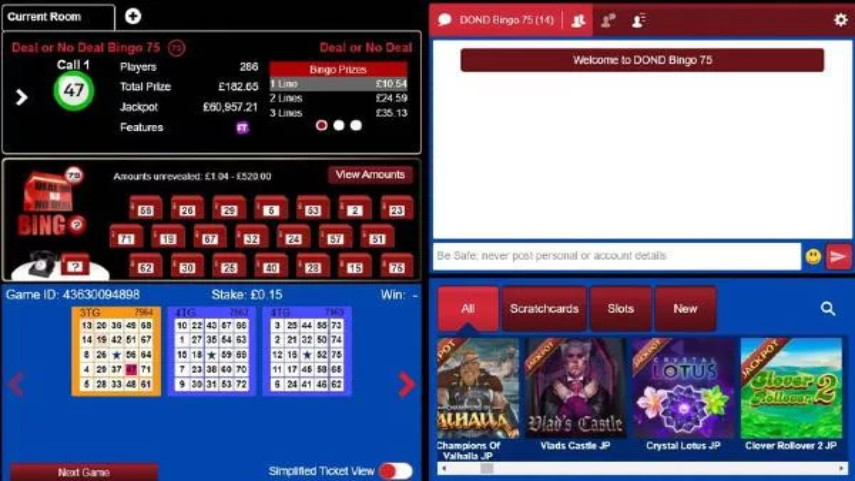 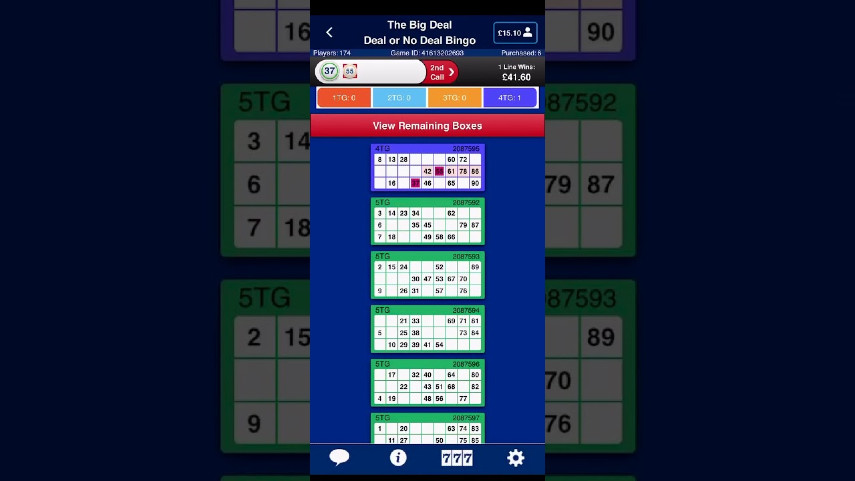 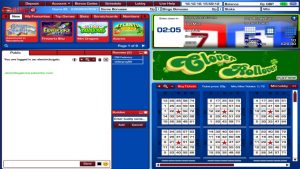 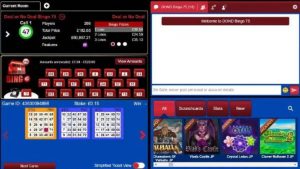 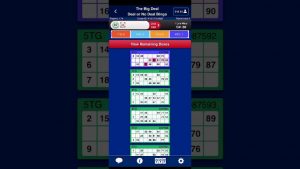 Play Deal or No Deal Bingo 75 at these suggested casinos

Since the first episode of Deal or No Deal was shown on British TV in 2005, viewers across the UK were hooked on the show’s thrilling format. Although the last episode aired in 2016, you can continue to enjoy the electrifying atmosphere and edge-of-your-seat viewing experience by playing Virtue Fusion’s 75-ball bingo version of this much-loved show.

Like on TV, each game includes a selection of mystery boxes which are slowly revealed to show a range of cash amounts.

The full house prize can be worth up to £1,000 while there are smaller prizes on offer for one line, two lines, three lines, and four lines. The prize will depend on the number of players and the stakes made.

Deal or No Deal Bingo 75 is a networked game, so you’ll be competing with players from other Virtue Fusion/Playtech sites which means that the prizes are bigger than average. Plus, as games run around-the-clock, it’s easy to fit a game or two into your daily schedule.

You can purchase your tickets for the game up to 10 seconds before it’s due to start, and players can buy between 1 and 36 tickets for each game.

Ticket prices range from 10p to 50p and you can pre-buy your tickets or purchase them directly from the Deal or No Deal Bingo 75 room just before playing.

The automated caller will tell you when the game is about to begin, and then it’s a matter of hoping that the numbers that are announced match those that are shown on your bingo tickets.

The full house winner gets to play the feature game in which The Banker presents a deal based on the value of the remaining boxes.

We’ve already mentioned that there are a total of six prizes to play for. Together with the 1 line, 2 lines, 3 lines, 4 lines, and full house the Deal or No Deal 75 bingo room is also home to a generous progressive jackpot that reseeds at £3,000.

The progressive jackpot is funded by ticket sales across all participating Virtue Fusion bingo sites, which means that it can rise quite rapidly. A small percentage of the tickets bought is added to the pot every night, and the jackpot is then awarded to whoever is next to get a full house in 43 numbers or less.

What’s particularly exciting about the Deal or No Deal Bingo 75 progressive jackpot is that it’s not just the winner who gets to enjoy it. The winner gets half and other players who’ve bought tickets to the same game get to split the remaining 50%.

However, if you’re worried that getting a full house in 43 calls is too hard a task, you’ll like that it sometimes gets a whole lot easier thanks to the Escalating Jackpots feature. At an undisclosed point, the number of ball calls required to win is increased. For instance, at 6 PM, you might need to win in 43 calls but at 7 PM, you can win in 45 calls.

The game screen is divided into sections.

At the top, you can see how many players are taking part, the value of the total prize pool and the progressive jackpot, and how many prizes remain to be claimed.

In the centre, there are three rows of locked boxes, and as the numbers are called out, the corresponding boxes are opened to reveal their cash amounts.

Your tickets are located in the bottom section, and they are auto-daubed as well as sorted into order so that you can see which ones are closest to winning.

As the prizes are awarded, the winners’ names appear on a pop-up screen, and when the full house is awarded, it’s time for everyone to prepare for The Banker’s Offer.

The winner has 30 seconds to decide whether to accept or reject his deal while other roomies can try and help them with their decision by voting Deal or No Deal.

Some of the features are condensed in the mobile bingo version of the game.

Deal or No Deal Bingo 75 offers an unmissable playing experience, and it awards more prizes than the 90-ball version! There’s also the progressive jackpot up for grabs and you can buy tickets for the games for as little as 10p each.

There are plenty of great places to play Deal or No Deal Bingo 75, but if you’re looking for one that comes highly recommended by WhichBingo, why not check out Mecca Bingo where you can play other exciting Playtech bingo variants like Britain’s Got Talent Bingo too?