Free Bingo for 3 Days - No Deposit Required
Play
(+18). Valid until further notice. Bingo tickets are valid in room: Daily Doozey and are available for 3 days. Wins generated from bingo tickets are granted in bingo bonus and must be wagered x4. UK only - deposit balance is available for withdrawal at any time. We reserve the right to deny bonuses, if you were found taking advantage of our bonus offers or any other deceitful activity cross the sites operated by the Company. General withdrawal restrictions & full T&Cs apply. Please play responsibly. Begambleaware.org #AD
Special Bingo Offer

100% Bonus up to £300 + 50 Bonus Spins on First Deposit
Play
18+. New players only. One bonus offer per player. Minimum deposit £20. Max bonus bet is £5. Bonus spins on selected games only and must be used within 72 hours. Bonus funds must be used within 30 days otherwise any unused bonus shall be removed. Bonus funds are 100% match up to £300 on your 1st deposit, 50% match up to £250 on your 2nd deposit, and 100% match up to £250 on your 3rd deposit. Bonus funds are separate to Cash funds, and are subject to 35x wagering the total bonus, cash & bonus spins. Only bonus funds contribute towards any wagering requirements. Terms apply. Full T&Cs Apply. Please play responsibly. Begambleaware.org.
Bonus Spins

The game of bingo may be simple enough, but the social rules can be more complicated. It doesn’t matter whether you’re playing online or in a physical bingo hall, failure to follow proper bingo etiquette can get you in trouble with other players, or even get you kicked out altogether.

So how do you know what the dos and don’ts of online bingo are? Read our guide below of course!

Bingo Etiquette 10 Rules of Bingo Chat Rooms If you Break the Rules?

You might think that by playing online you’re avoiding a lot of the face to face awkwardness of a traditional bingo hall, but there are still a few pitfalls waiting to trip up the unwary, especially when it comes to chat room do’s and don’ts. The bingo chat room is the equivalent of a virtual bingo hall, where you can meet other players, swap tips, have a bit of a laugh and play a side game or two. Just like the physical bingo hall, the chat room has certain rules that players are expected to abide by so everyone can have a safe, conflict-free and enjoyable time.

Why bother with bingo etiquette?

By following the right online bingo etiquette you’re contributing to the friendly, enjoyable and social environment that bingo is so well known for. Just like land-based bingo, online bingo has a strong sense of community. By following the rules you’ll be able to build those strong relationships with other players that can lead to a real sense of belonging. Bingo etiquette is not meant to be restrictive, it’s there to ensure a safe, relaxed environment and help all players get the most out of their online bingo experience. 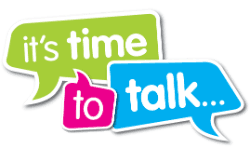 Even if you’re a seasoned land-based bingo player, there are a few rules that are unique to the world of online bingo so it’s a good idea to brush up. Chatrooms can be confusing places, with lots going on and it’s easy to make a mistake. Start out on the right foot and avoid annoying your fellow roomies by getting to grips with the main dos and don’ts.

What should you do if you accidentally break the rules?

If you break the rules of bingo etiquette accidentally, the next steps will depend on how serious the breach is. If it’s a small mistake like accidentally leaving caps lock on or inadvertently offending someone with a misconstrued comment, a simple apology may be enough to resolve the issue and let everyone move on.

For more serious breaches you may face disciplinary action, even if you didn’t realise you were breaking the rules. The chat moderators have the authority to ban you from the chat room you’re in and from other chat rooms on the site. They can even ban you from the site itself in serious cases.

What if another player breaks the rules?

If you are upset or offended by another player, it’s best not to take it up with them directly. Unfortunately, if you get into an argument with another player, even if you were not the one who started it, it could lead to you both being banned. Your best option, in this case, is to speak to your chat moderator. If you don’t feel they have resolved the matter effectively, or if you don’t feel comfortable bringing it up with them, try the customer support team.

Bingo etiquette is there to make the experience of playing online a safe and enjoyable one for everyone. By following the rules and treating everyone with respect you can have an enjoyable bingo experience and make lifelong friends among the thriving online bingo community.

Online Bingo: Luck or Strategy?
Bingo is the ultimate game of chance, but is there more to it than that?
read more

Bingo Calls
All you ever wanted to know about UK bingo calls and their funny names!
read more

10 things you should do to check out a new bingo site
We’ve come up with 10 of the best ways to be sure you will be happy with your choice of bingo site.
read more

Bingo Lingo
OMG, WDW, you are OAR! Is this all Dutch to you or do you know your online bingo lingo? Never fear, WhichBingo is here with a complete guide to UK bingo lingo.
read more

The Etiquette of Online Bingo
Just like a bingo hall, an online bingo chat room has certain rules you need to follow. Brush up on your online bingo etiquette with our in-depth guide.
read more

Different Bingo Games Explained
Keen to play online bingo but not sure where to start? Read our guide to the different bingo games you’re likely to come across when you’re playing online.
read more

How To Overcome A Losing Streak In Online Bingo
We play to win at anything we do, but when it comes to gambling losing can be costly. Follow these tips to keep those losses down and playing fun.
read more

Guide to Online Bingo Payouts
Online bingo payouts can be a source of confusion. Read our guide to learn how they’re calculated and find the bingo games with the biggest payouts.
read more

The Ultimate Guide To Bingo Tournaments
Playing bingo is great, but is it even better when you have to stick around and take part in a tournament for the chance of better prizes?
read more

What is Slingo and How Do You Play It
What do you get when you cross bingo and slots? Slingo of course! Learn all you need to know about this popular online game
read more

The Ultimate Guide to Bingo Chat Games
Bingo chat games are an excellent way to pass the time, meet your fellow players and maybe pick up a bonus or two. Read our guide to see how they work.
read more
Latest New Sites
Player Favourites
Verified Sites
Award Winners

Bingo Site of the Month